Christmas parties are always fun to host in your condo. Now that your creative party ideas and decorations are all set, it is time to put together a menu that your guests will love. Of course, it should have your favorite Filipino Christmas food and all the other dishes reminiscent of a heart-warming Noche Buena. Here is a list of eight Filipino dishes that are perfect for igniting the holiday spirit.

A Filipino dish, Pancit Malabon is a type of pancit that finds its roots in Malabon City, Philippines. It is similar to the Pancit Palabok, except that it uses thicker and tougher rice noodles and has more variety in its seafood toppings. Local fresh seafood toppings often include oysters, mussels, squid, and shrimp. Optional garnishes are also added, including pork, crushed chicharon, hard boiled hen or duck eggs, browned minced garlic, chopped green onions, and calamansi. Its sauce has a rich yellow-orange hue, owing to the annatto seeds or achuete added to the mixture. Crab fat, fish sauce, and shrimp broth are also added to the sauce.

Photo courtesy of Jackmac34 via Pixabay

Like most Filipino dishes, embutido has evolved from its Spanish origin. The dish was developed by Filipinos to suit their own taste. Commonly referring to cured, dry sausages in Spain, Filipino-style embutido has taken on a different form and is considered the Philippine version of meatloaf. Instead of the usual ground beef, this Filipino meatloaf is made of ground pork.

The Philippine version of embutido is made of seasoned ground pork with well-beaten eggs, whole boiled eggs, vienna sausages or hotdogs, and minced onions and carrots. The ground pork, beaten eggs, carrots, and onion are mixed together and formed into a roll, with the hard boiled eggs and vienna sausages tucked in the center. The roll is then cooked by steaming or baking. The steamed embutido is stored in the freezer for hours, after which it is fried and sliced.

Variations of this dish include the addition of liver spread, raisins, pickles, chorizo, pineapple tidbits, and the like.

Hailed the “best pig ever” by celebrity chef and author Anthony Bourdain, the Philippine’s lechon is truly legendary. It has the perfect combination of tenderness and crispness, not to mention its delicious aroma.

A Spanish word, lechon refers to a roasted suckling pig. It is a pork dish popular in many places in the world, particularly Spain and its former colonies. In the Philippines, the dish is a staple for special occasions throughout the year, Christmas included. Lechon is cooked by seasoning the pig, skewering the entire animal on a large bamboo stick, then cooking it in a pit full of burning charcoal. The skewered pig is repeatedly turned over the fire until it is roasted on all sides. This process of cooling and basting results in a crisp, red pork skin and rich flavors and aroma. 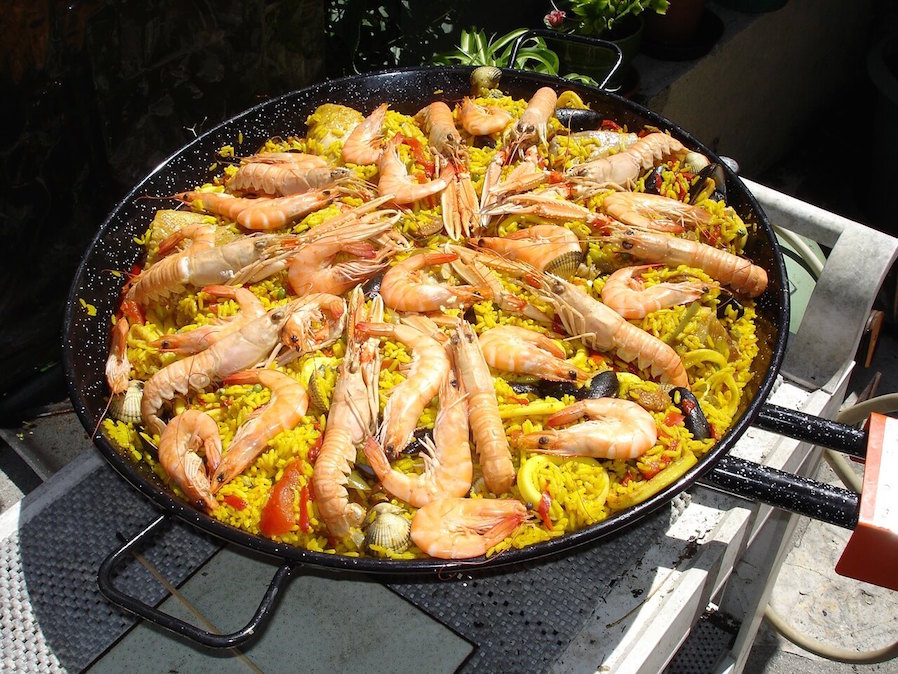 Photo courtesy of Rriyoutt via Pixabay

A favorite among Filipinos, this popular rice dish has ancient roots but its modern version originated from the Valencia region of Spain. Commonly made of short-grain yellow rice, paella is cooked in a wide-flat pan called “Paellera.” Requiring many ingredients and taking a lot of effort to cook, paella is a costly treat often reserved for special occasions like Christmas. One common version of this dish is the Paella Marinera, a seafood paella that combines the rich flavors of the ocean. It also uses Spanish saffron, an expensive spice that enhances the aroma and taste of this dish. 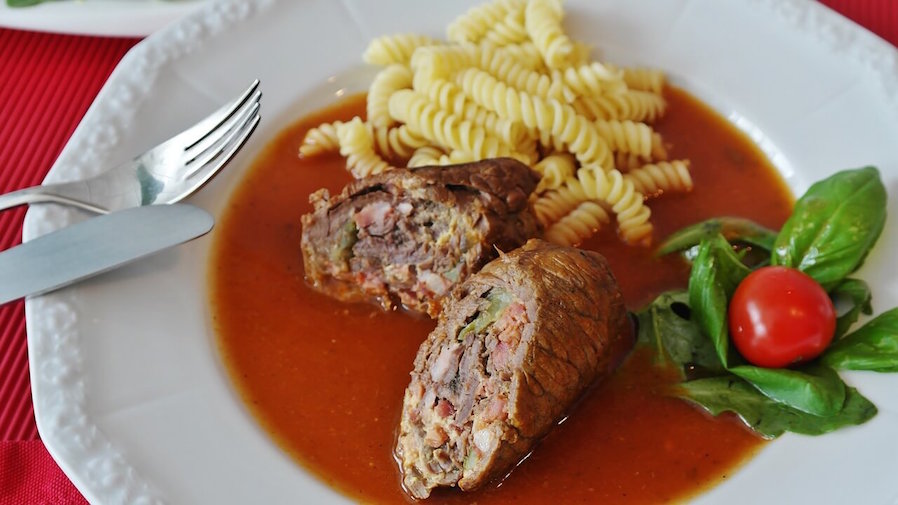 Photo courtesy of RitaE via Pixabay

Considered a holiday dish, Morcon is commonly served during Christmas and New Year’s eve. Although its name connotes Spanish influence, it is actually different from the Spanish morcon, which is a type of chorizo. Morcon in the Philippines is a stuffed meat roulade, or a beef roll made from marinated and flattened beef stuffed with sliced sausage, chorizo de bilbao, hard boiled egg, sweet pickle, bell pepper, and carrots. The stuffing may vary depending on the preference of the cook. The meat roll is fried until brown, then cooked in water and its marinade until tender. Morcon is served with sauce on the side, which is prepared by adding tomato sauce, bay leaf, and broth to sautéd spices. 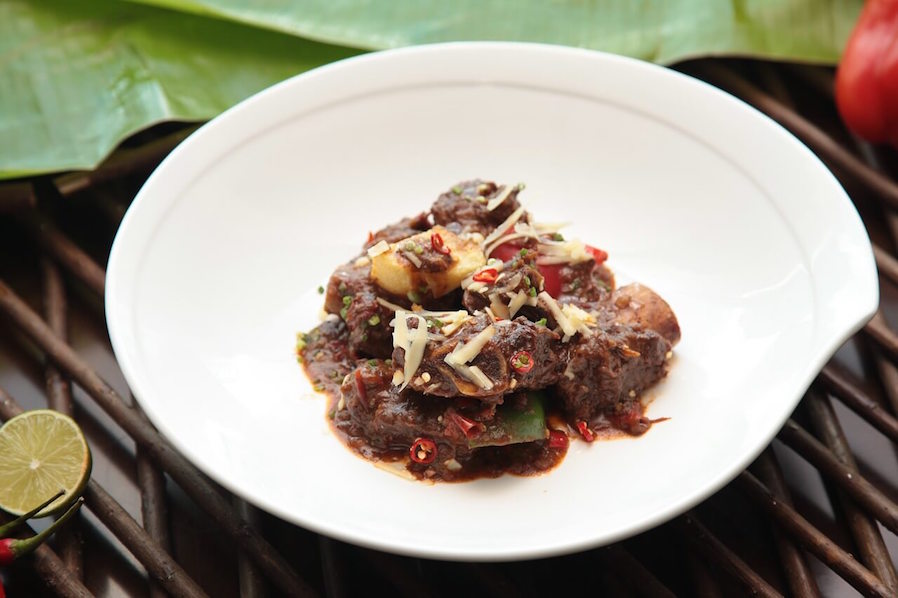 Photo courtesy of JonathanValencia5 via Pixabay

Also called kalderetang baka, beef caldereta is a beef stew with tomato sauce and other spices. It is a variation of the original caldereta that uses goat instead of beef. It is a popular dish in the Southern Tagalog regions of the Philippines.

The biggest challenge of cooking caldereta is the toughness of beef. The natives of Southern Tagalog have perfected the process though, choosing only tender cuts of the meat or the parts that are ideal for stewing, such as the chuck roast, tenderloin, and sirloin. Another method is to stew the beef for hours in medium to low heat or to use a pressure cooker.

The beef caldereta recipe varies from region to region, household to household, and even person to person. The more popular versions are those that have olives, potatoes, and carrots.

A popular rice cake in the Philippines, bibingka is made with ground sticky rice, eggs, and coconut milk. It is commonly topped with butter and shredded coconut and served with cheese and salted egg. The traditional preparation for this dish is time-consuming. It is often cooked in specially-made terra cotta containers lined with banana leaves. The preparation is placed over heated coals, which is covered by another layer of banana leaves, after which more coals are added on the top. In the Philippines, side street vendors preparing and selling this Filipino delicacy are a common sight outside churches during traditional dawn masses during Christmas season. 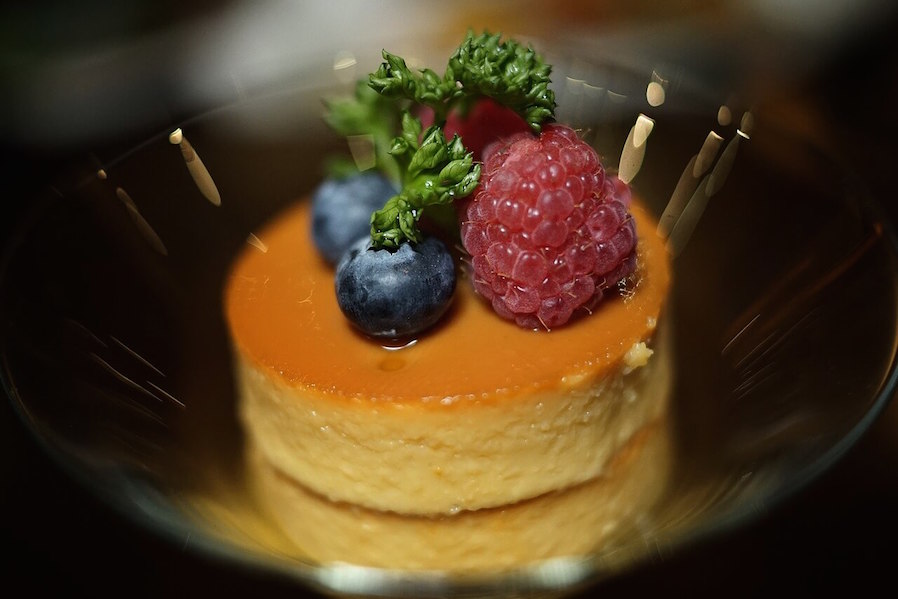 Photo courtesy of JonathanValencia5 via Pixabay

Also known as caramel custard and crème caramel, leche flan is a dessert made of eggs and milk, with soft caramel added on top. Popular throughout the world, this dish is a common staple on dessert menus in restaurants, mostly because it is easy to prepare and has a long shelf life. In the Philippines, the leche flan uses condensed milk and has more egg yolks. It is a heavier version of its Spanish counterpart. The dish is often steamed over a stove top or oven flame, and is sometimes baked. A staple dessert in celebratory feasts, leche flan is a favorite addition to the Christmas party menu.

Make the most out of your condo living by celebrating the holidays in good fashion. Prepare the most heartwarming Christmas party in your condo and invite your condo neighbors over! 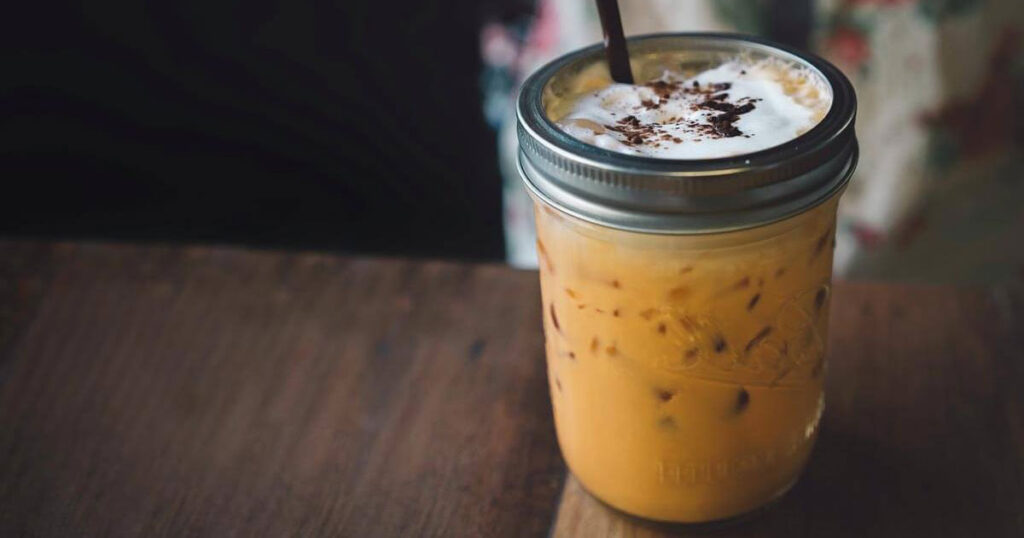 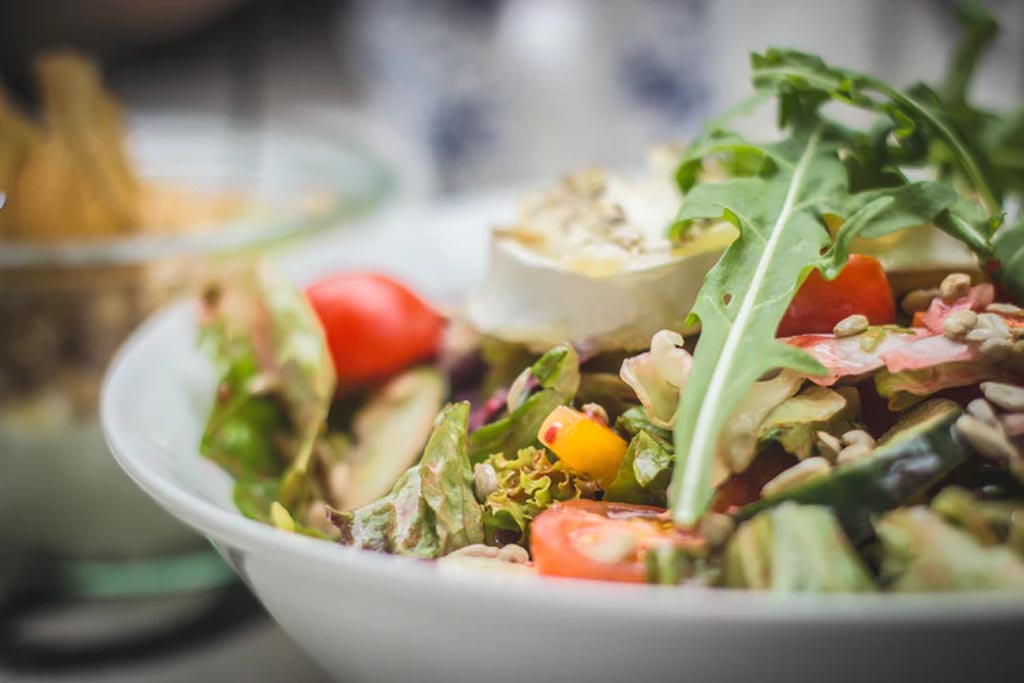