Recently, the Philippine Senate introduced Senate Bill 1363, the Telecommuting Act of 2017, which aims to reduce the pressure brought about by employees’ commute to work. Aside from potentially easing traffic and opening up new opportunities for employment for thousands, if not tens of thousands, the telecommuting bill should make achieving work-life balance easier. People may also become more productive. After all, working from home is great, especially if you reside in a condo living space. But sometimes, it can be challenging.

Many people with a regular 9 to 5 job probably dream of not having to deal with dress codes, traffic, and officemates from hell. Imagine doing that while enjoying premium condo living in the Philippines, and you’ll have most people’s fantasy work setup. Of course, reality often clashes with expectations. So to separate facts from myths, here are some truth bombs about telecommuting.

You’ll Have Less (If Any) Support 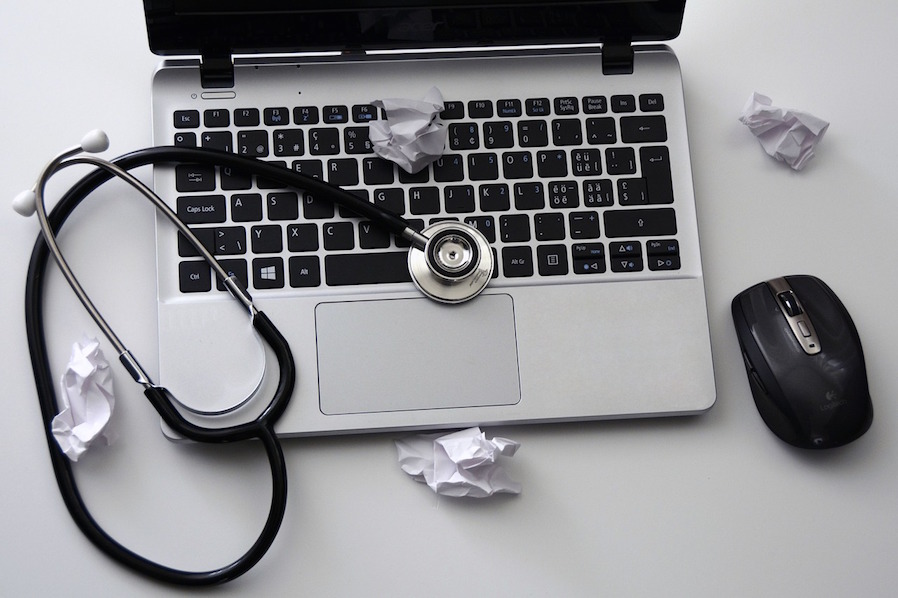 Photo courtesy of annca via Pixabay

Office workers may have a lot to complain about, but at least they have administrative support to rely on when they encounter technical problems. There’s a reason why IT professionals are in such demand nowadays, and that’s because practically every office has computers and networks that need repairs and maintenance.

Telecommuters don’t necessarily have the same level of support. Sure, certain companies with full-time home-based employees might supply them with laptops and other gadgets – to be used for official purposes only – but they don’t typically provide remote IT support. The companies might take care of repairs, but only for damage that the employee or members of his or her household did not cause. Freelancers and part-time workers have it even tougher: members of this group have to have their own computer and take care of its upkeep themselves.

It Can Make Building Relationships Harder 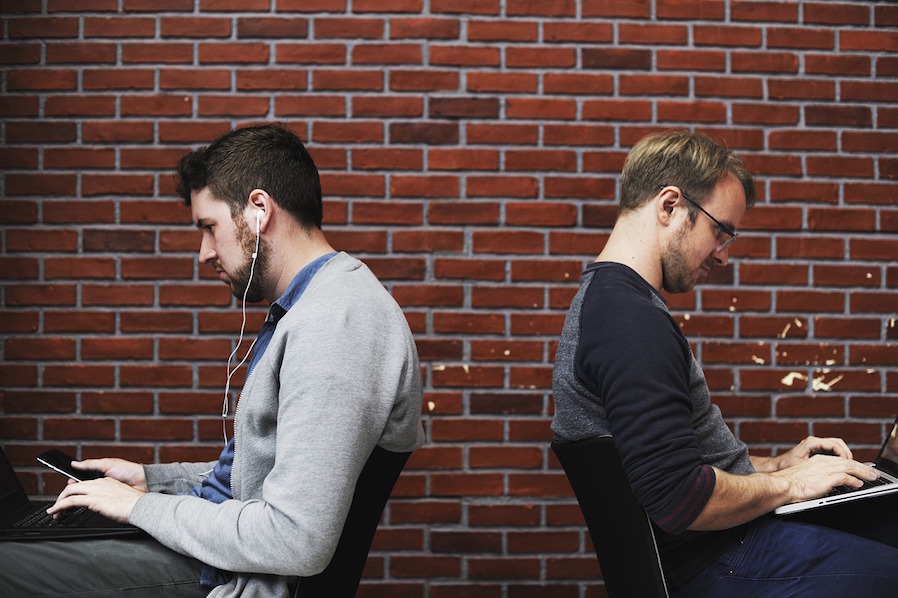 Photo courtesy of rawpixel via Pixabay

Connecting with people can also be challenging for telecommuters. While some remote workers are already taking advantage of shared workspaces, many others still prefer to work from home. That makes it harder for them to meet with peers and colleagues. And the more they choose to stay home, the harder it is for them to have the everyday interactions necessary to build relationships.

That’s why some companies have started establishing online social communities for their remote workers. Some have regular gatherings of their employees where they do teambuilding activities and recognize their best performers. Telecommuters can also use social media to establish their own small cliques and arrange group activities and nights out by themselves. For those living in condos, which tend to be close to leisure spots or transport hubs, attending these occasional gatherings isn’t a problem.

Of course, that distance can also be one of the main benefits of telecommuting. When a worker who doesn’t get along with their manager is given the chance to work remotely, it actually boosts their productivity. It could be because they feel grateful for the privilege, or maybe they just perform better when they don’t have to worry about friction and conflict.

There Are Still Standards 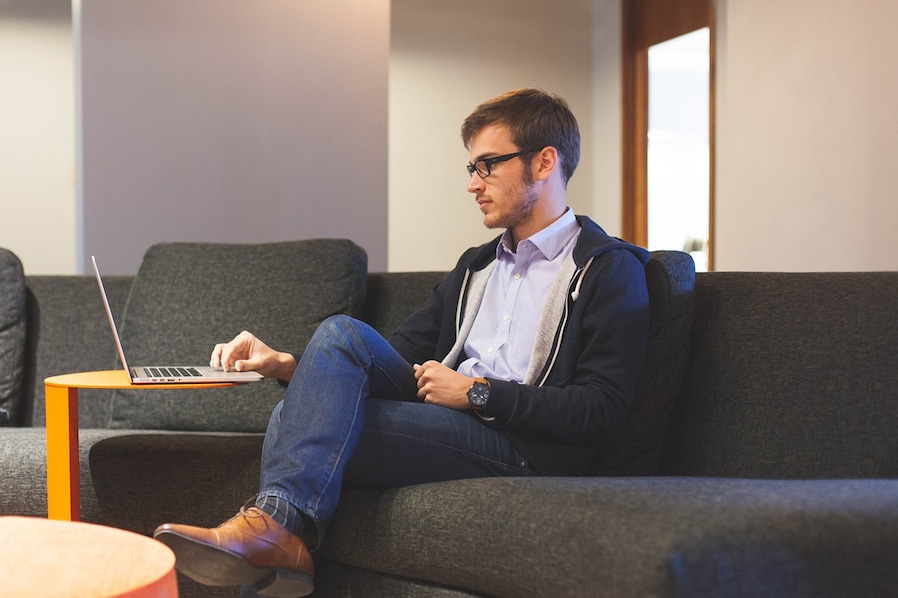 Photo courtesy of StartupStockPhotos via Pixabay

Sure, remote workers aren’t as strictly monitored and disciplined as office employees, but that doesn’t mean they can be unprofessional. Virtual assistants and home-based tutors can still get evaluated based on their attire, their attitude, and other measures. Many telecommuters don’t have the luxury of doing their work in their house clothes; they still have to dress well and look professional.

While many home workers can decide when they want to work, they have to stick to the schedules they decide on. Similarly, full-time employees who are allowed to work from home are often assigned quotas and other production targets. If they fail to meet those commitments, they won’t get good evaluations, which could result in them getting paid less or terminated.

The background noise is also a consideration for those doing home-based voice work. Do you think it’s okay to call clients or conduct voice-based lessons with students with background noises such as barking dogs, slamming doors or crying babies? Those kinds of issues have a bearing on sound quality, which is another basis for evaluation. The realities of telecommuting are easier to deal with in a premium residence such as a DMCI condo, where noises from neighboring residences tend to be less of an issue.

You Don’t Necessarily Get More Productive 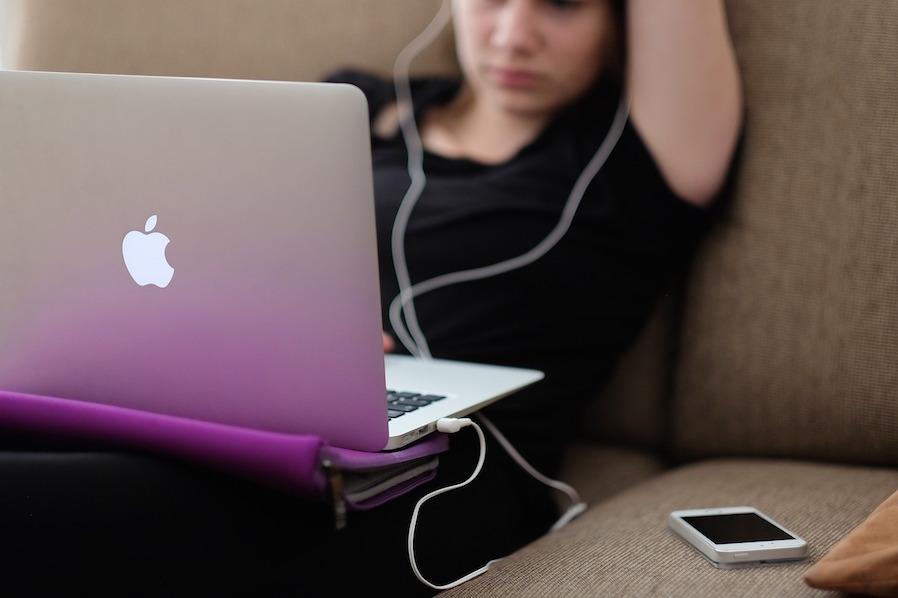 Photo courtesy of Pexels via Pixabay

Many advocates of telecommuting say that people are more productive when they are allowed to work from home, but that’s not true in all cases. After all, home-based workers face many distractions. One review of literature found mixed conclusions; the authors speculated that home workers had more family obligations, possibly because household members think those working from home have the time and are more available to do errands.
The effects of opening a work-from-home option are also mixed. Some workers may end up working less because they’re tempted to sleep, play games or do other leisure activities instead. But self-motivated employees tend to perform better; they use the time saved from not having to commute or prepare for work to do things more effectively. Some may also realize that the chance to work away from the office is a privilege, so they do everything they can to earn it. 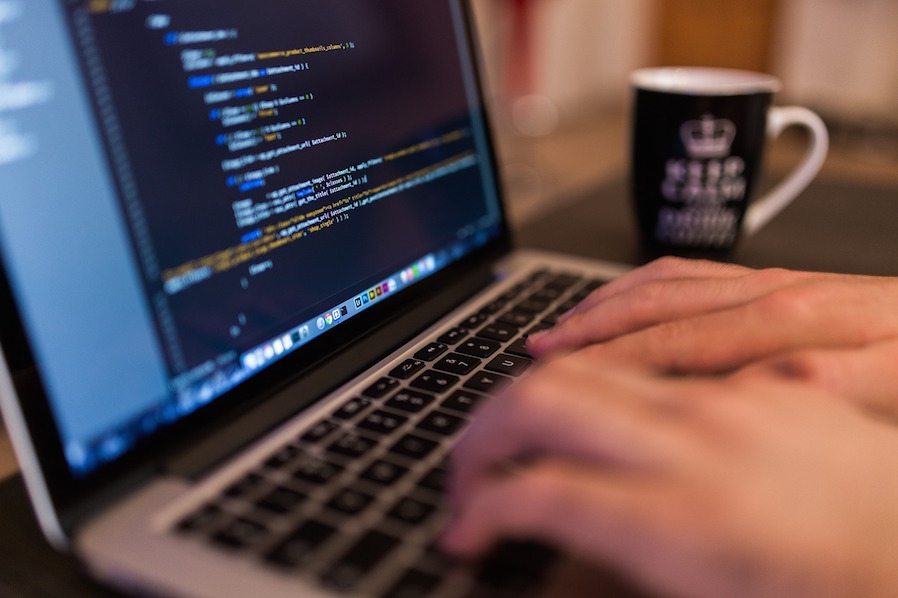 Photo courtesy of Free-Photos via Pixabay

Still, that doesn’t mean they earn less overall. They can save money from not having to commute everyday, not having to eat out, parking, and other expenses they don’t have to pay as home-based workers. Also, home-based workers with specialized skills, such as programmers, financial analysts, and graphic designers may still earn a decent wage, even if they get paid less than their office-based counterparts. Many freelancers can also control how many projects and clients they take on.

The downside is that they lose out on many perks that office-based employees get. Many companies don’t feel obligated to provide contingent workers with benefits, so only a fraction of freelancers enjoy perks like health coverage and paid vacation. Independent workers also have less access to maternity leave and family leave. They also have to handle their own social security payments and taxes. Many freelancers choose to not pay taxes because of the hassle and to get more out of their paycheck, but it’s actually necessary; aside from their legal obligation, tax returns can be valuable proof of income that’s useful to secure loans.

Telecommuters Can Still Get Stressed 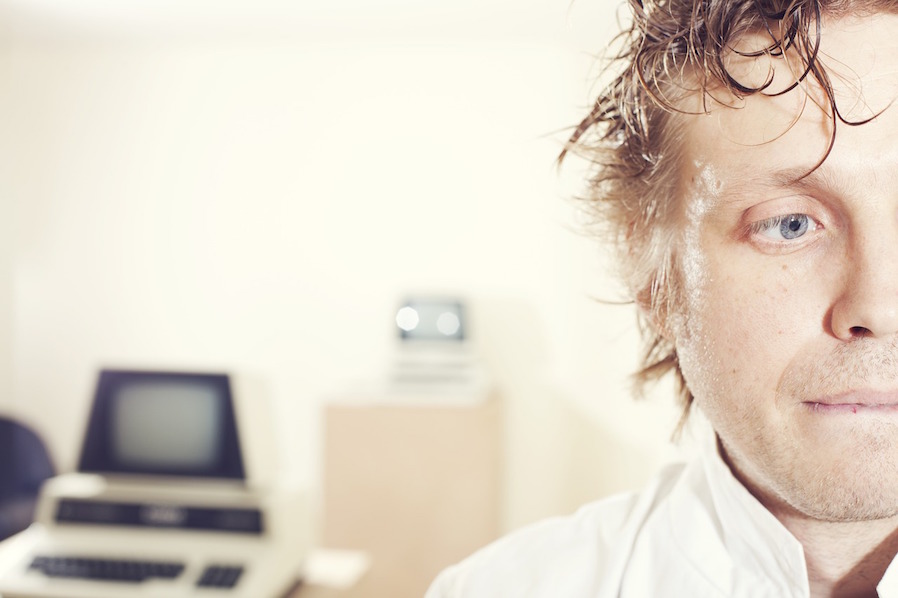 Photo courtesy of andreas160578 via Pixabay

Those who work remotely can be less stressed because they don’t have to spend as much time preparing for work or dealing with traffic. But that doesn’t mean the telecommuter’s life is totally stress-free. They may still have to deal with demanding clients who don’t pay on time – or worse, offer to compensate them with exposure instead of money. Even though they can reduce the overall risk and stress from dealing with such clients by setting clear expectations and asking for payment upfront, it’s a reality that they can’t totally escape.

Home-based workers also tend to work longer hours. Some people find it hard to unplug themselves from work, especially since mobile internet technology is improving. The United Nations International Labor Organization recently found that workers who don’t commute tend to do more work. As more people embrace the idea of work-life blend, they can find it hard to set strict hours for work and end up doing more than they should.

But while remote workers can get more stressed, they also have more chances to relieve their stress. When you work from home, it’s easy to take a nap, get a snack or do some other activity to decompress. And residents of DMCI condos can make the most of their breaks by visiting facilities such as garden paths, pools, and gyms.

Telecommuting offers many advantages, but like any work arrangement, it comes with risks and costs. Considering all the items above, remote work can be quite difficult and stressful. Not everyone is ready to work from home. But when they live in a decent condo space, they have more options to handle the challenges that come with it. And a nice condo office design that will motivate you to work. 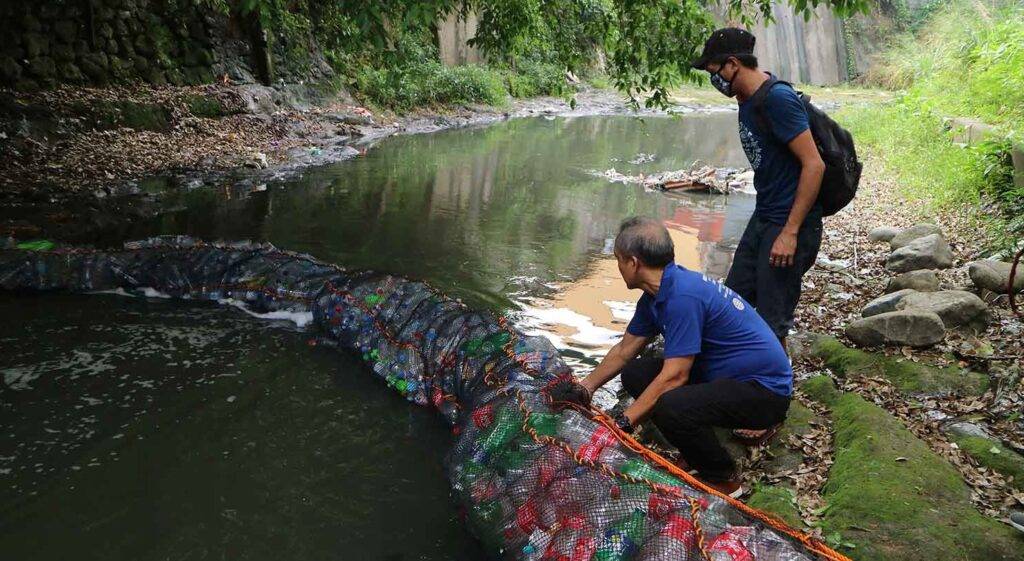 DMCI Homes has invested in green and sustainable features to minimize energy and water consumption. For instance, in properties such as Lumiere Residences, residents get to lessen their use of electric lights and cooling appliances because of DMCI Homes’ Lumiventt® Design Technology. This proprietary design technology allows cross-ventilation and lets natural light permeate inside residential […] 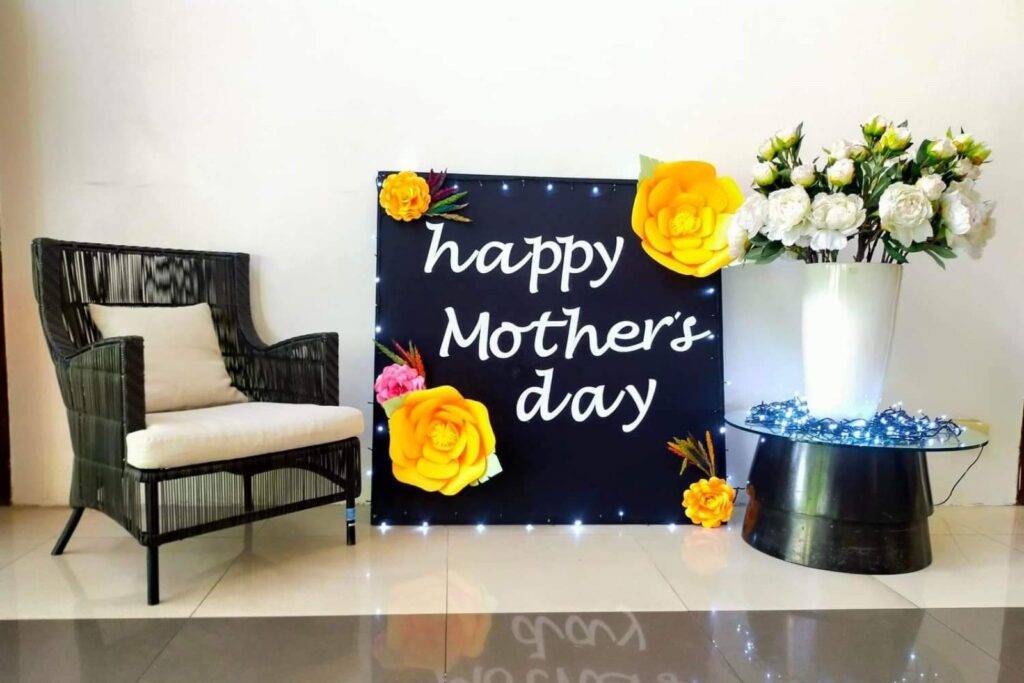 The true light of our home, our MOMs are an integral part of our DMCI communities. In appreciation of all that they do for us, here’s a compilation of all the celebrations we’ve done in our neighborhoods to celebrate the queen of our lives! Calathea Place A blooming backdrop was prepared for the queens of […]

Turnover Essentials for Your Unit in The Atherton – Paranaque: 7 Items You Don’t Need to Miss 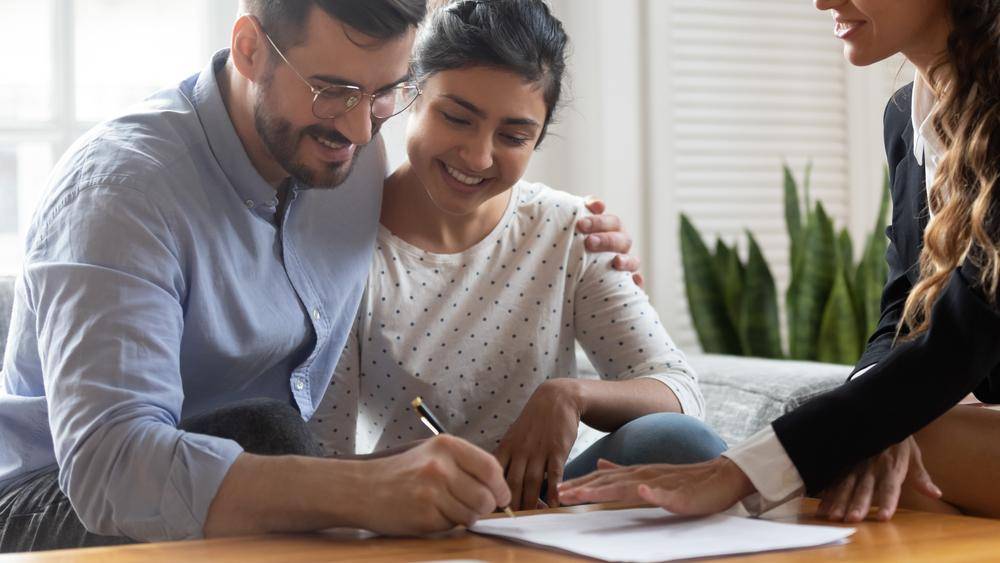 The day you can call The Atherton your new home is getting closer. This Paranaque property from DMCI Homes is ready to welcome its occupants this 2022. Units from the Oak – one of The Atherton’s buildings – is guaranteed to qualify for the RFO condos meaning Ready for Occupancy units in the second half […]