Condo living for the most part is a great experience, especially if you were smart enough to pick a unit built by DMCI homes (see what we did there). But it has it’s hangups too – the worst and most annoying are problems with neighbors. That’s why any smart tenant should always have in his arsenal several strategies to handle condo neighbor issues.

In an ideal world, you’ll never need to use them. But just in case you’re unlucky enough to have a noisy, smelly, annoying, rowdy, or dirty neighbor, it’s best that you know what to do.

To give you a general guideline, regardless of the neighbor problems in the condominium, here’s how to deal with it.

Step 1 – Knock on the Door and Talk to Your Neighbor 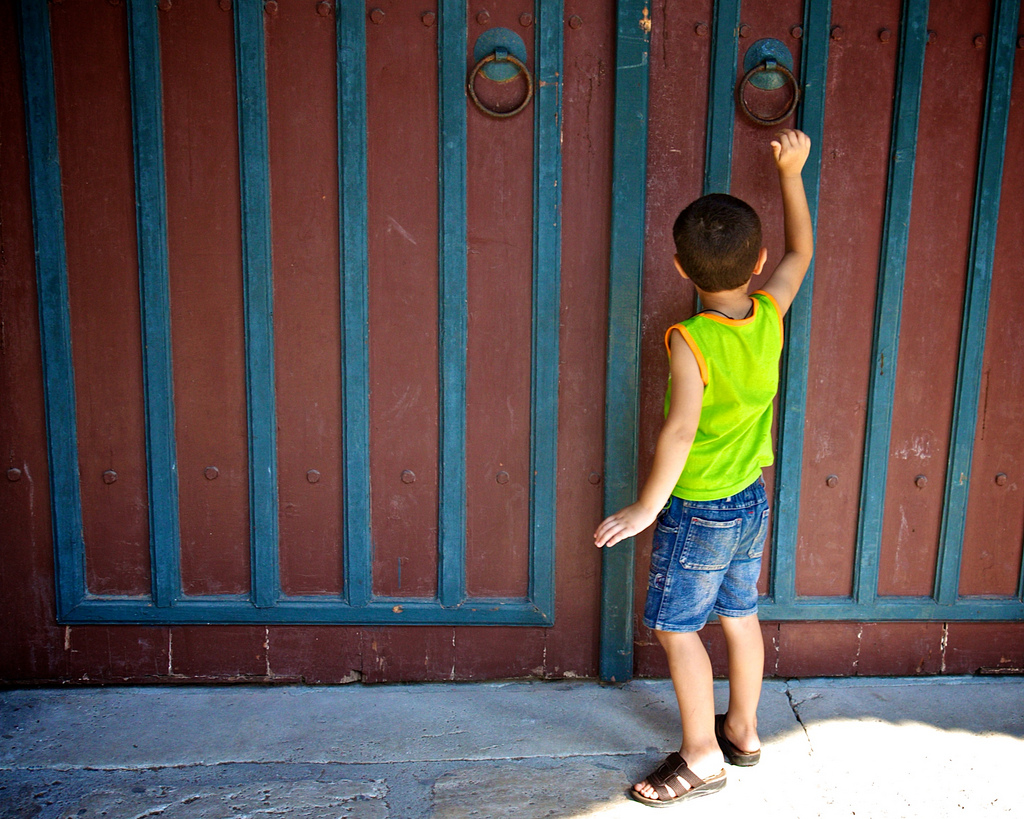 Do you know who your neighbors are? Because if you do, it’ll make things a lot easier. Condo neighbors usually bump into each other a lot in the hallways or in the elevators so it’s not uncommon for you to know of each other’s existence.

But even if it’s someone new, or someone you’ve never seen before, the first step won’t change.

It’s always best that you first head on over to the unit that’s causing the problem, knock on the door, and talk to the unit owner calmly and politely.

Don’t go there with the goal of making an enemy or with the intent of complaining right to their face (no matter how justified you might feel).

Specifically inquire about the noise, smell, trash, smoke, or whatever the issue is, and ask if it’s at all possible for them to do something about it. Explain that it’s bothering neighbors like yourself and that you’d greatly appreciate any resolution that he can offer.

Now if you’re lucky, this’ll be the end of it. Most unit owners that cause problems aren’t actually doing it intentionally and a polite conversation will be enough.

However, some people don’t care about the inconvenience they cause to other people. They could be a little over entitled and think that as long as they’re doing it inside their unit, it’s ok to be as noisy, as smelly, or as dirty as they want. They paid for their unit just like everyone else did, right?

If the problem doesn’t stop, or if the unit owner becomes confrontational, just politely leave and try talking to him again another day.

Be sure to log on a piece of paper or notebook the dates and the time that you talked to your neighbor; you might need it later.

If calm and polite conversation doesn’t work, it’s time to bring it up to the Admin of the condo.

Step 2 – Talk to the Guard or the Admin Office 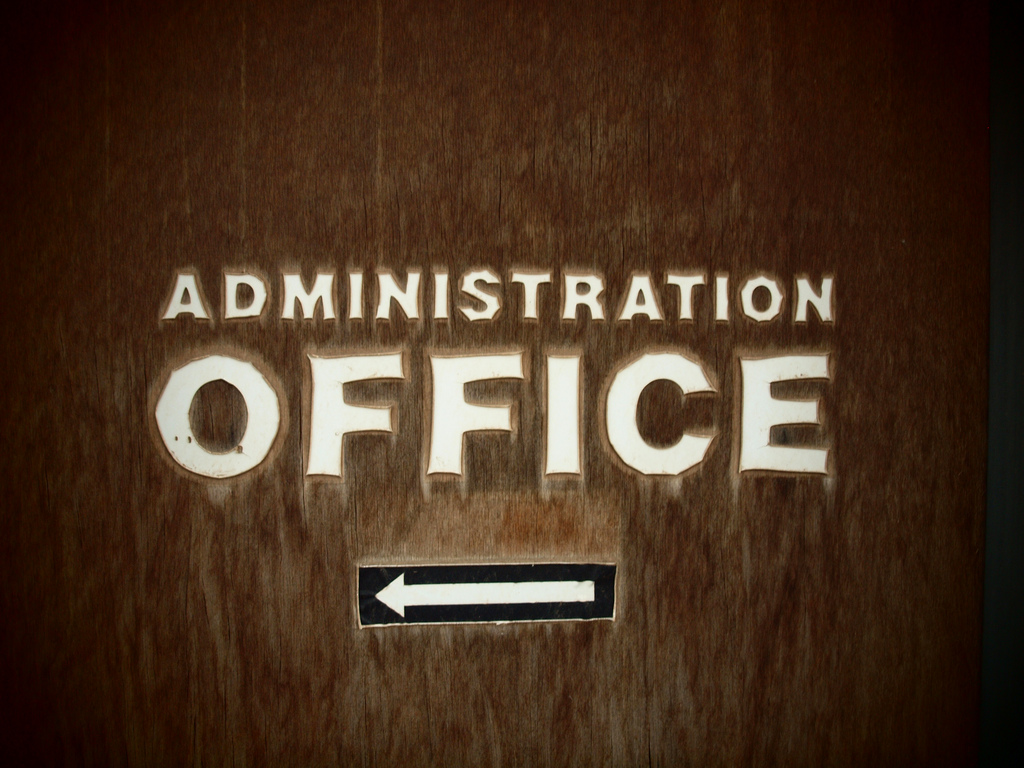 Condominiums have their own rules and regulations and they sometimes even have several ways on how to report condo problems. For example, some problems don’t require you to go directly to the admin to complain. Things like too much noise can usually be reported to the guard.

This is actually a very common practice here in the Philippines. Although a polite face to face talk is the best way to resolve a problem and ensure that a problem doesn’t happen again, most unit owners don’t do that. Instead, they just call the guard and have him knock on the problematic unit’s door and tell them to quiet down or something like that.

Often enough this method will work, but in those instances that it doesn’t, your only choice is reporting the condo problem to the management.

Now the admin should have all of their residents interest in mind, not just yours. So when they receive a complaint, they’ll try their best to resolve it amicably. They’ll either send someone to talk to the problematic neighbor or they’ll go the impersonal route and slip a notice under the door.

For most unit owners, knowing that the administration of the building has already taken notice of them is enough for them to stop doing whatever it is that they’re doing. But again, there are always people who just don’t care about everyone else and will ignore the notices of the admin or management.

What now? Management can’t actually do much if the tenant owns the unit. They’ll just continue sending notice after notice, and it’s quite possible for your really bad neighbor to just keep ignoring them.

What do you do then?

Step 3 – Learn to Live with It

If there’s nothing you can do about the problem and the admin of your condo can’t seem to do anything as well, you can try the very passive response of “living with it”.

If it’s a noise problem, then just crank up your own stereo or speakers so that you can drown out their noise. You can also purchase noise cancelling headphones or ear plugs.

If it’s a smell problem – if they are fond of stocking up trash and somehow live with it – then you could buy lots of odor killing sprays or try to mask the scent with a freshener.

If smoke is seeping into your unit because your neighbor is a perpetual smoker, try covering up the holes under your doors or improving your room’s ventilation.

Basically, this option involves just sucking it up and living with the problem. Not the best way to go about it, but still very doable.

But what if you don’t want to “live with the problem”? What else can you do?

At this point, there are two things that you can do and both of them are a little extreme. These two are the “if all else fails” options and should not be done if you feel that there’s still a chance that you can resolve the problem in some other way. 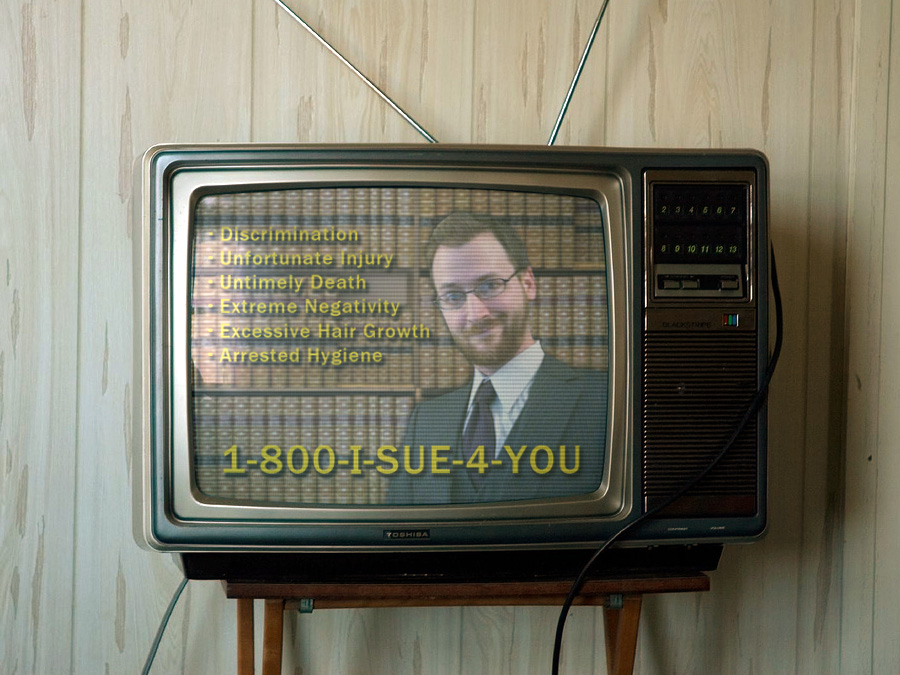 If after all the “playing nice” you did, nothing happened and the problem is still there, then it might be time to bring in the lawyers. Again it’s a little extreme but very effective and especially satisfying. This is what you do when you hate your neighbors because it’s actually quite scary to be sued.

Most people have never experienced being sued so this one will give your neighbors a fright. The admin will also start taking you very seriously when they find out that you’re bringing in lawyers.

Now remember the logs you made every time you tried talking to your neighbor? They’ll be useful now. It might also be a good idea to keep logs of when you complained to the administration just so you cover all bases.

If the problem is excessive and is causing you much distress, the problem can be classified as a private nuisance and a civil case for its abatement can be filed. Your lawyers should take care of all the legal stuff but if you win, your neighbor will be forced to stop the nuisance (or it’ll be stopped for him) and it’s actually possible for you to collect damages as well.

But don’t expect that you’ll actually reach the court. There’s a good chance your neighbor will stop making your life a living hell (because that’s what he needs to be doing for you to even consider this option) once he finds out how serious you are. And even if he doesn’t stop, the problem might still be solved out of court, through mediation.

A lawsuit is a very confrontational and adversarial affair so make sure that you’re prepared for the hate that’ll come from your neighbor if you decide to do this. Because even if you win, he’ll still be your neighbor, the court can’t kick him out of his own condo unit.

The second available option is the extreme opposite of a lawsuit.

Step 4.2 – Look for Someplace Else to Live 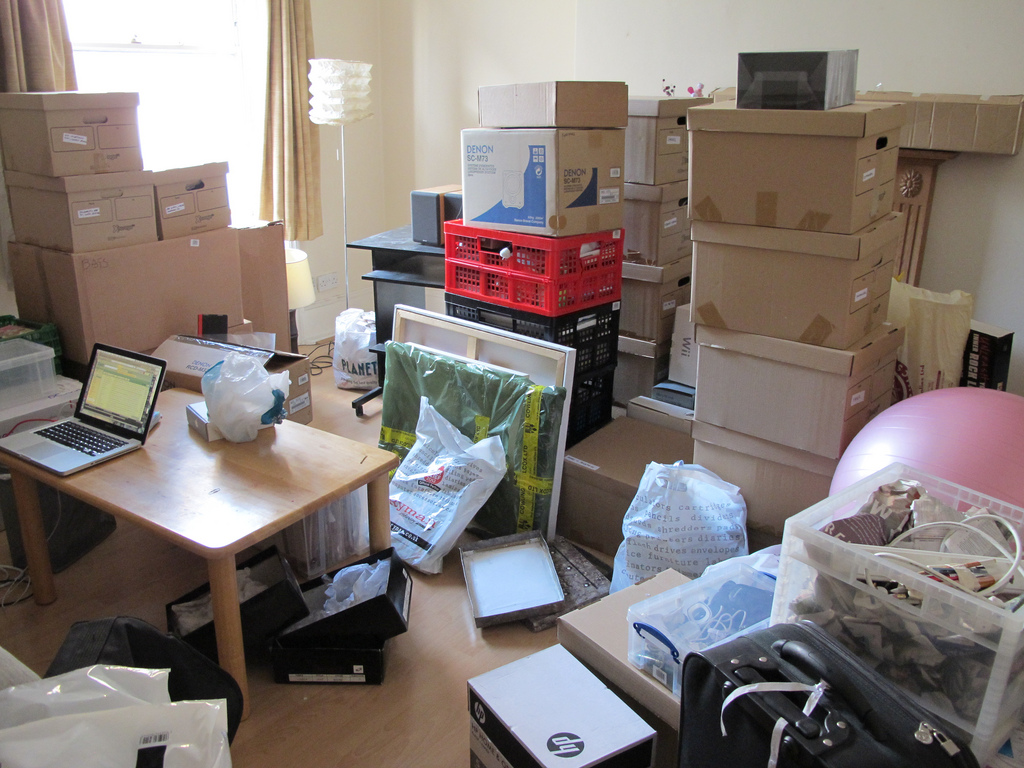 Sometimes confrontation is just not worth the emotional stress. Some people find it easier to just move out and look for another unit to live in, especially if your contract for the unit is almost over.

But this option is only available to lessees or people who are renting their units. If you own the unit and live there, you can’t just get up and leave. You’re going to have to find a way to resolve your neighbor problems and you might even end up having to employ lawyers just to do it.

So there you go. That’s pretty much everything you need to know about resolving problems with bad condo neighbors. Good luck, and hopefully you’re not ever going to need to employ the last two options, or any option for that matter. 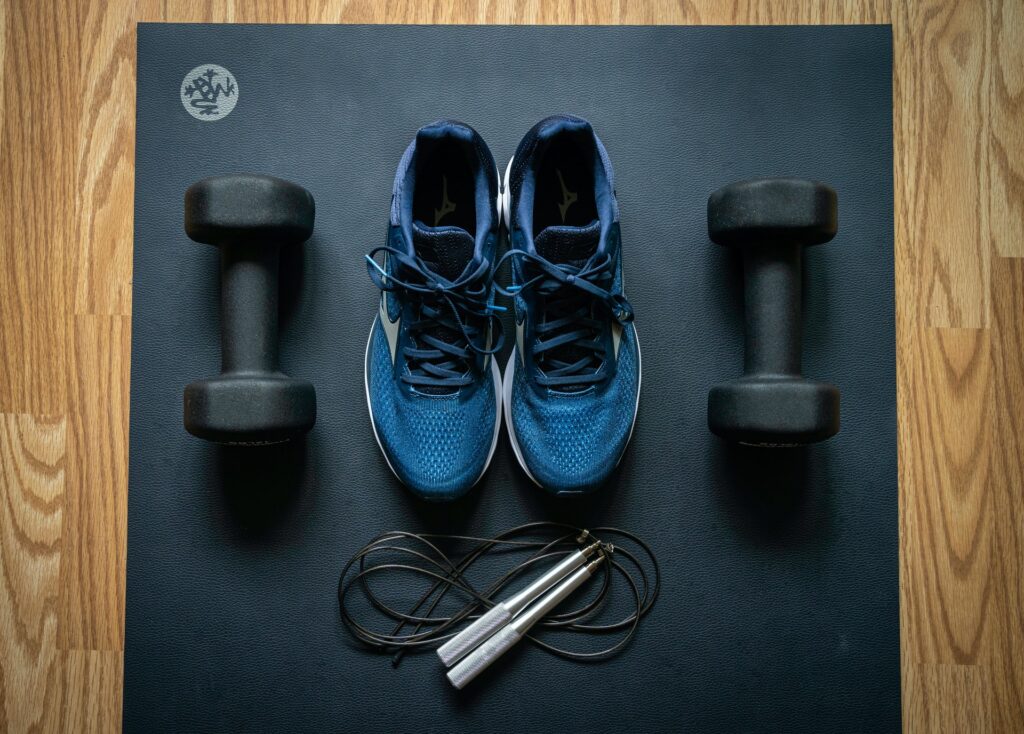 Photo by Alexandra Tran on Unsplash Building a home gym in your condo has become all the more a necessity given the way the pandemic has affected the way we live. And contrary to what people may think, it’s not that difficult to accomplish, too. When you talk about home gyms and what goes into […] 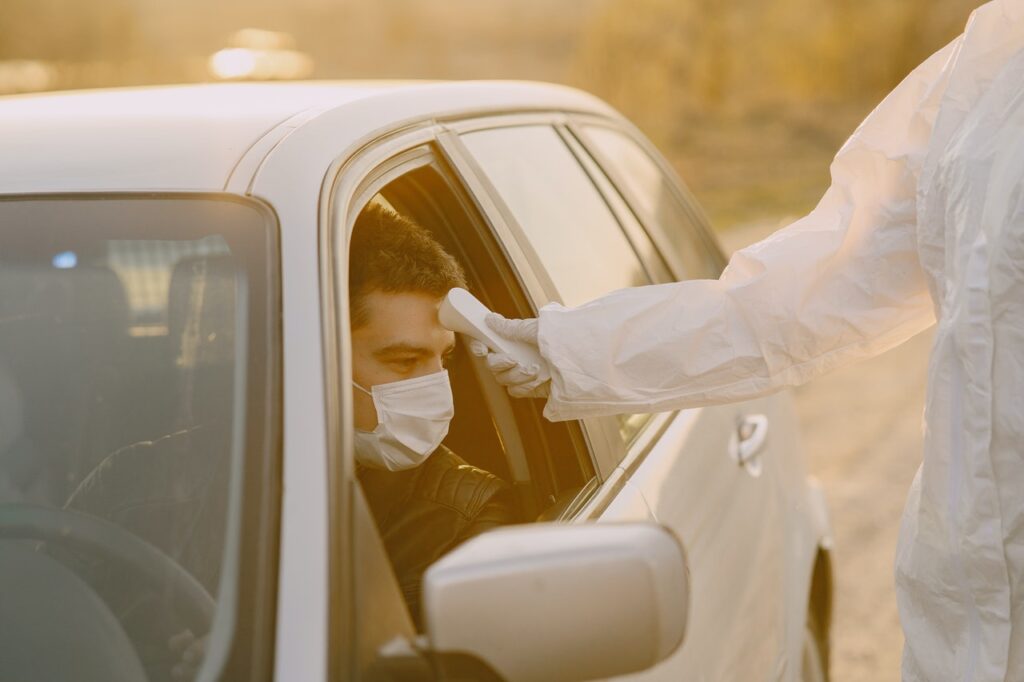 The number of novel coronavirus (COVID-19) infections in the Philippines keeps rising. As the virus continues to spread, though, so does the false information about it. Ultimately, this causes undue worry among the public. In a way, it’s worse than the outbreak itself. You have probably been gripped with anxiety in the recent months that […]