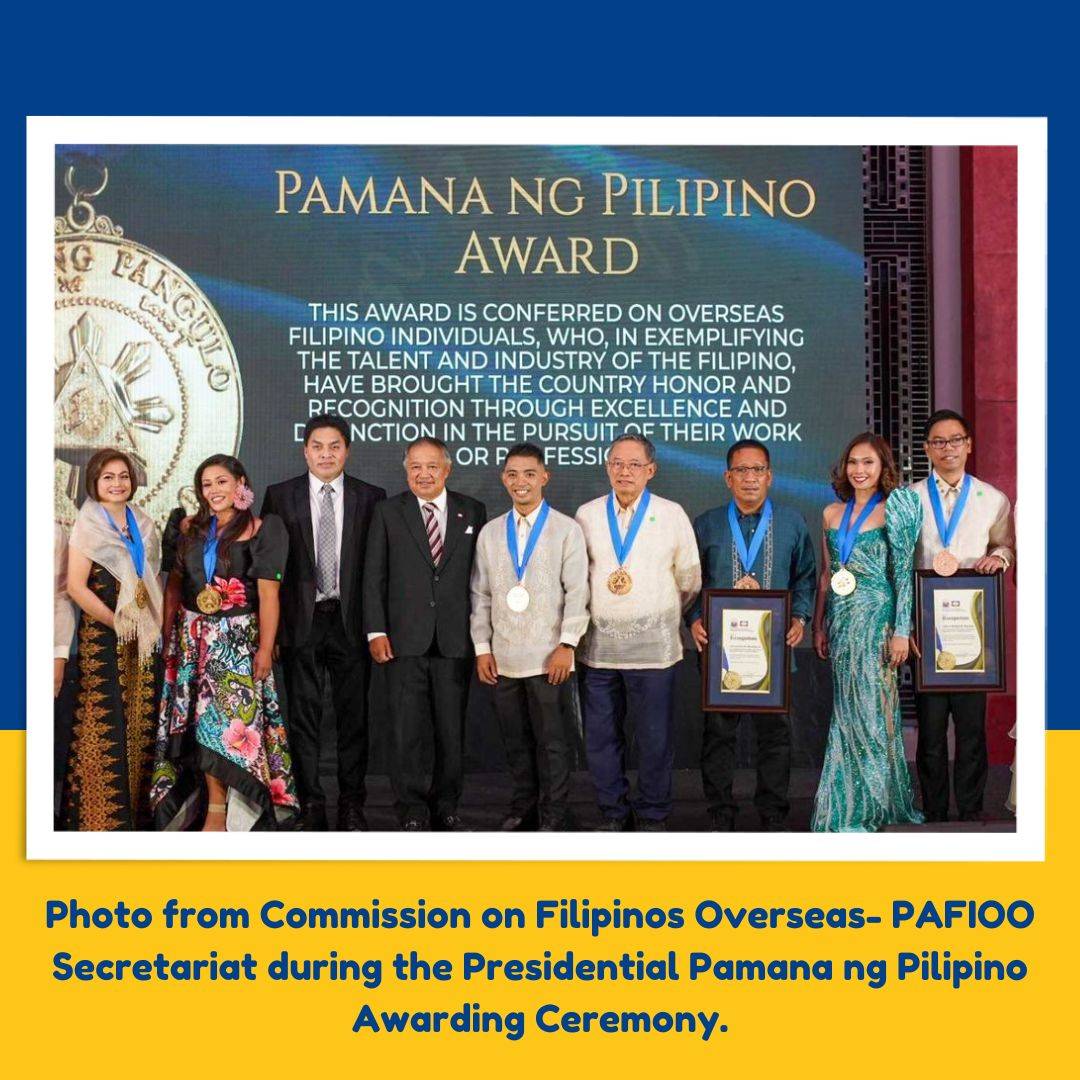 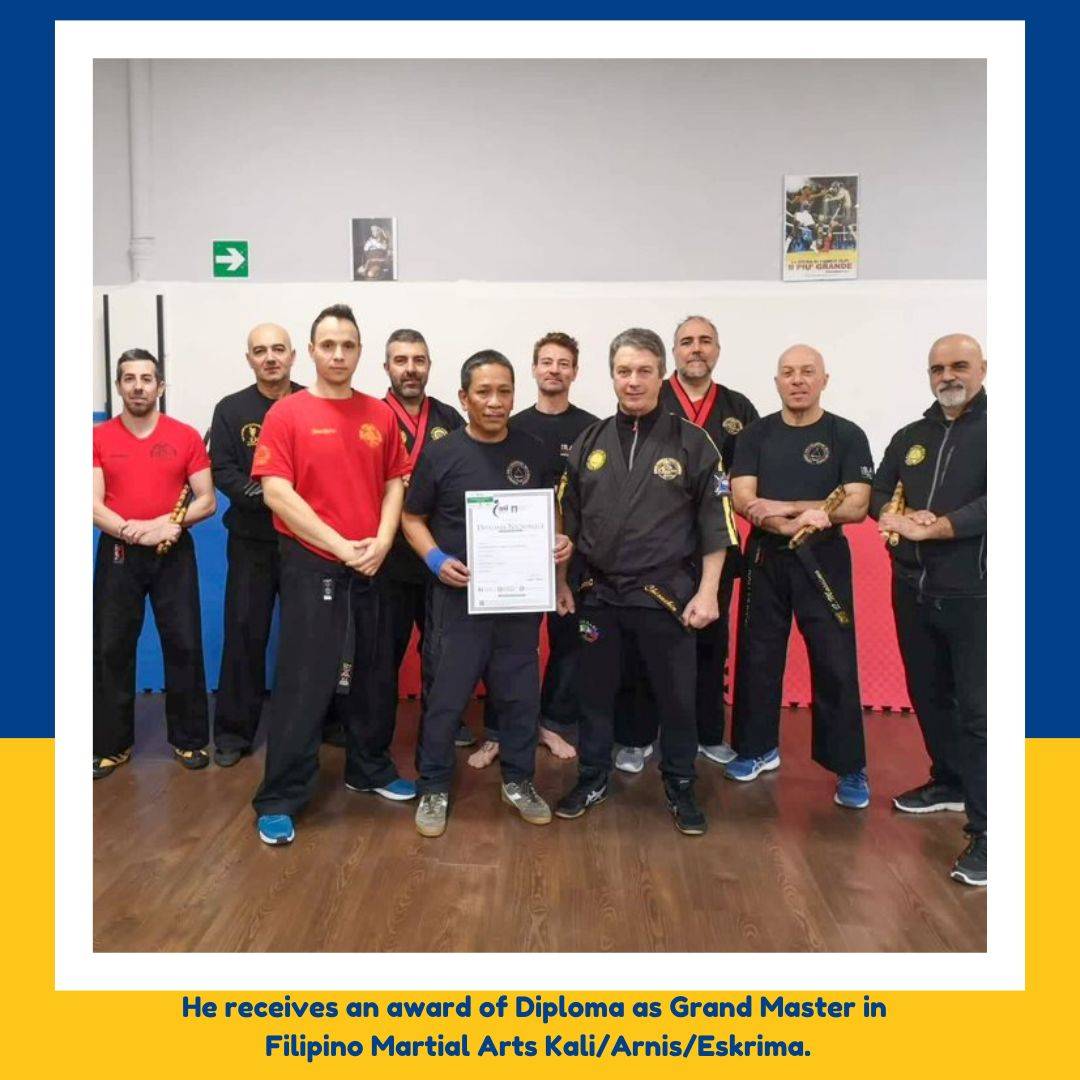 Part-time action star. When you search for his name in Google – chances are, the top result will be his IMDB profile. (If you didn’t know, IMDB is like Wikipedia for films and filmmakers). Aurtenciano R. Miranda, Jr. or Aurt/Kali for short shared his days as stuntman in films, where he made about $300 per stunt, he starred in several Italian and Hollywood films where he even shared a screen with Bill Muray, Willen da Foe, Cate Blanchett, to name a few. At present, he still gets casted, for minor (villain) roles, quips Aurt. 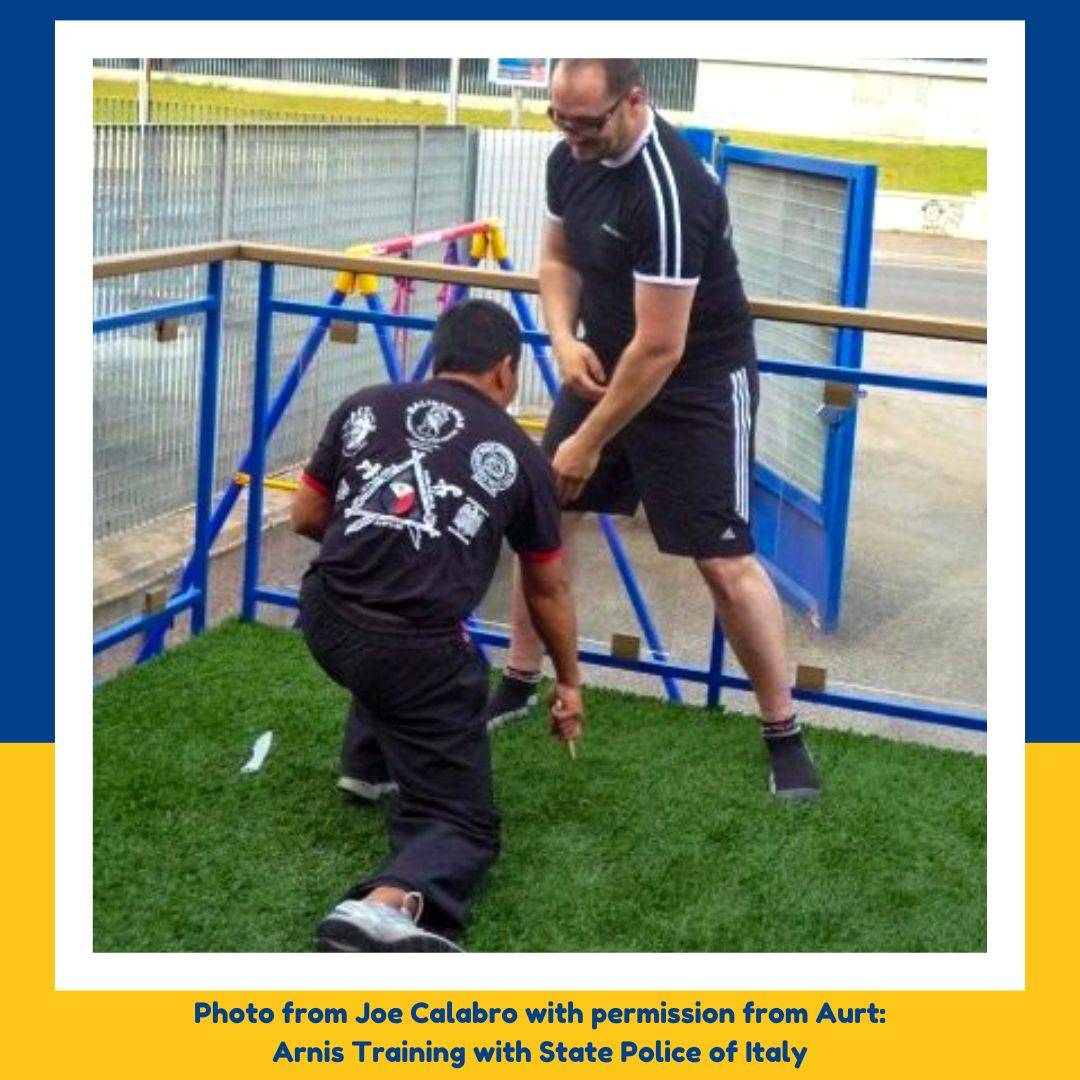 Family of Arnis Masters. Aurt hails from a family of Arnis masters – Mirandas – a surname attached to this only Filipino martial arts practice and teaching. Their family advocacy: spread the knowledge and use of Arnis (Kali or Eskrima in other Filipino dialects) across the world. Arnis is a homegrown self-defense practice which involves the use of sticks, knives and other bladed weapons 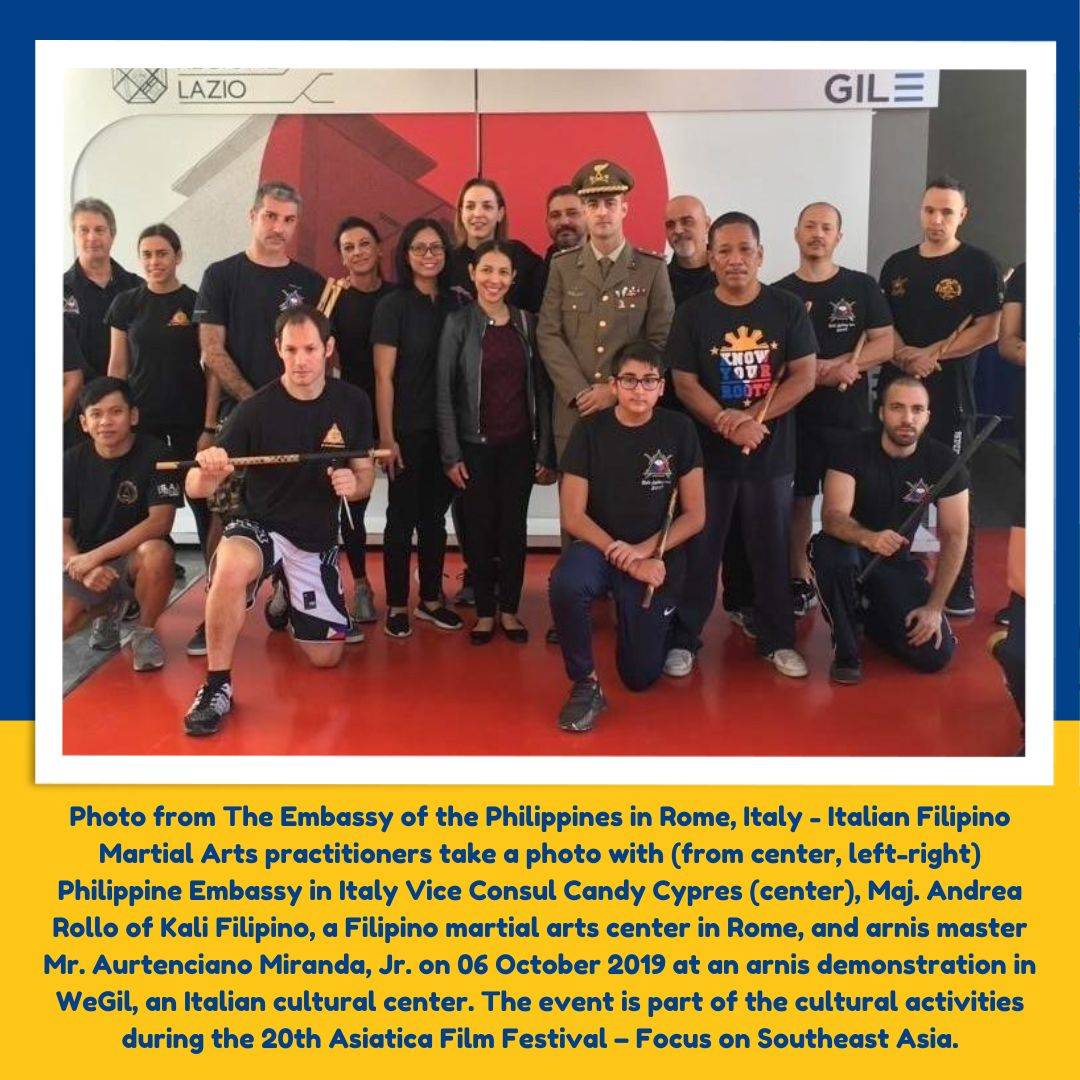 Filipino Martial Arts (FMA) Advocacy. He first flew to Italy as an Overseas Filipino Worker in the 1980s. There, he established his family with three children; he worked as a building management officer during the day and an Arnis instructor during his free time. With his decades of residence in Italy, he has taught and trained thousands of Italian Police, Army and defense personnel as well as civilians and Filipinos across Italy and even different parts of Europe! 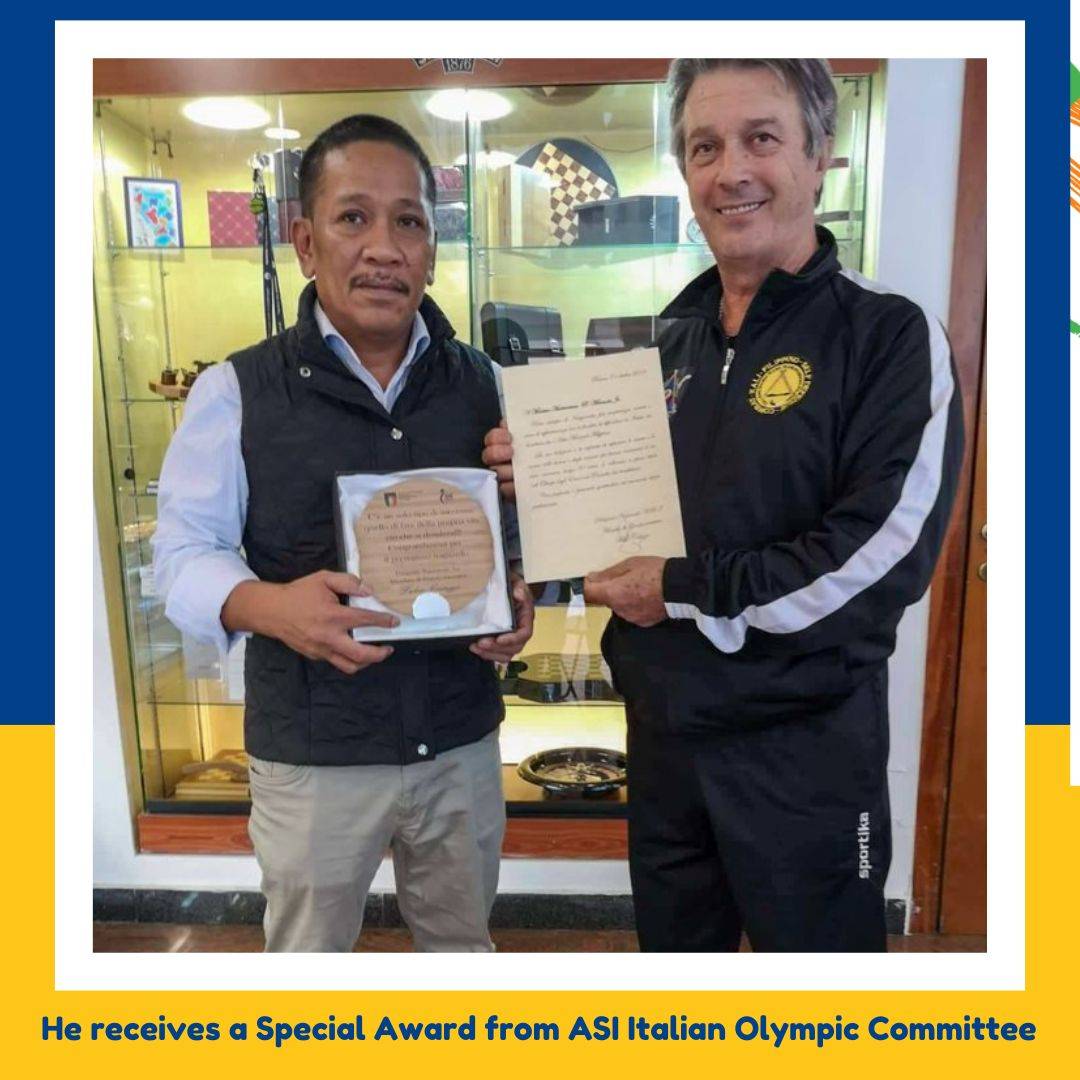 Italian Recognition. Because of his contribution to Italy’s security and defense units, he was given several commendations by the Italian Government as well as a visa that never expires! 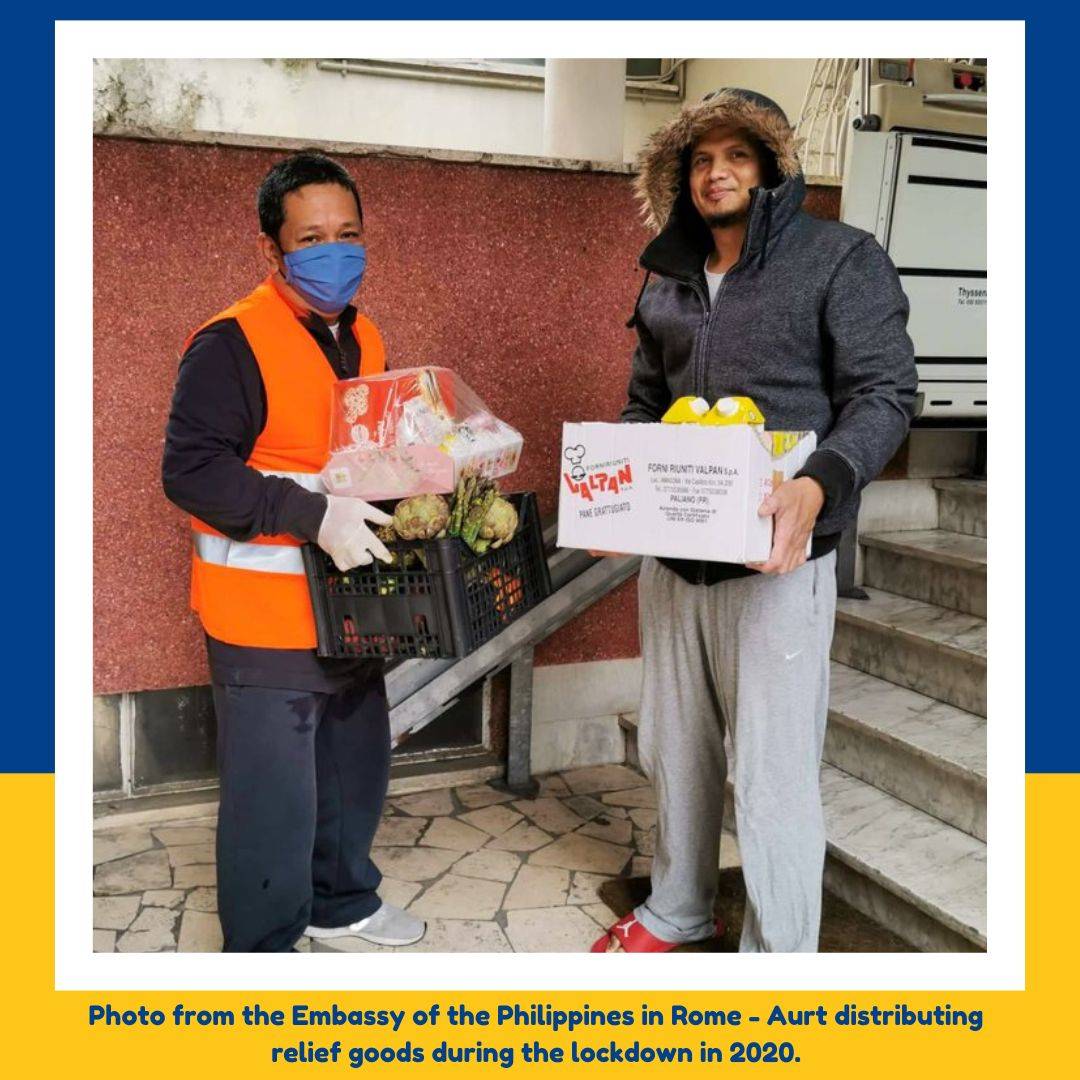 Caring for Filipinos in Italy. When COVID-19 pandemic hit in 2020, Italy had one of the highest death tolls in the world as much as 5,000 deaths per day.There were 300k documented and about another 300k undocumented Filipinos there who were severely affected by the lockdown. That’s when Aurt, the Filipino organization and some well-to-do Italian friends mobilized to bring food packs to Filipino families there. They were able to reach as many as 10,000 kilos of groceries. 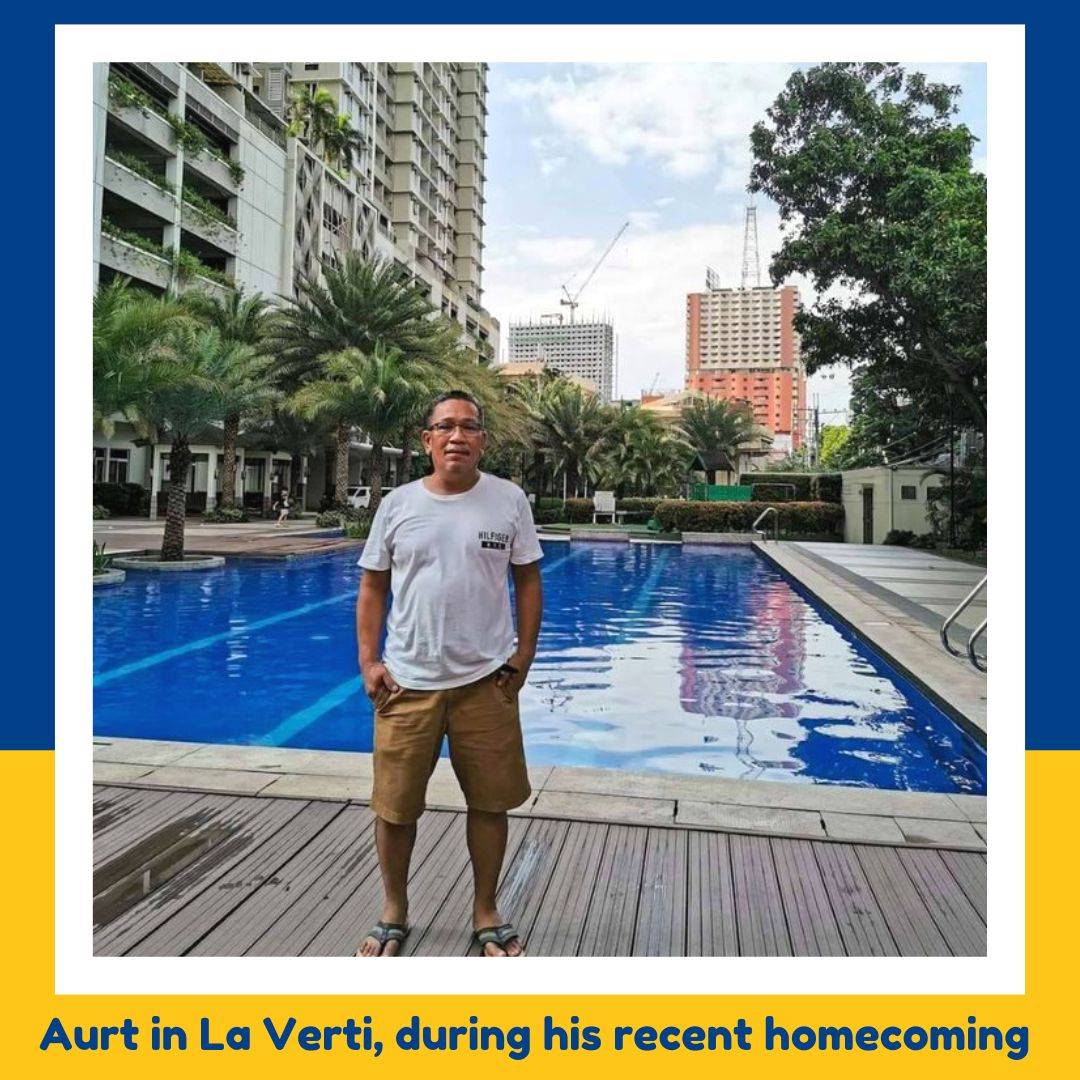 Investing in La Verti. As somebody who actively works in building and property management, DMCI was a top choice for Aurt as he values quality and great customer service above all. In 2011, he invested in a 2-bedroom unit in La Verti so that he and his family can use them whenever they’re in Manila. He loves the resort-type ambience as well as the superb PMO service he receives even when he’s abroad. As an OFW homeowner, he values the payment of association dues to ensure the condominium corporation’s unhampered operations and building maintenance. 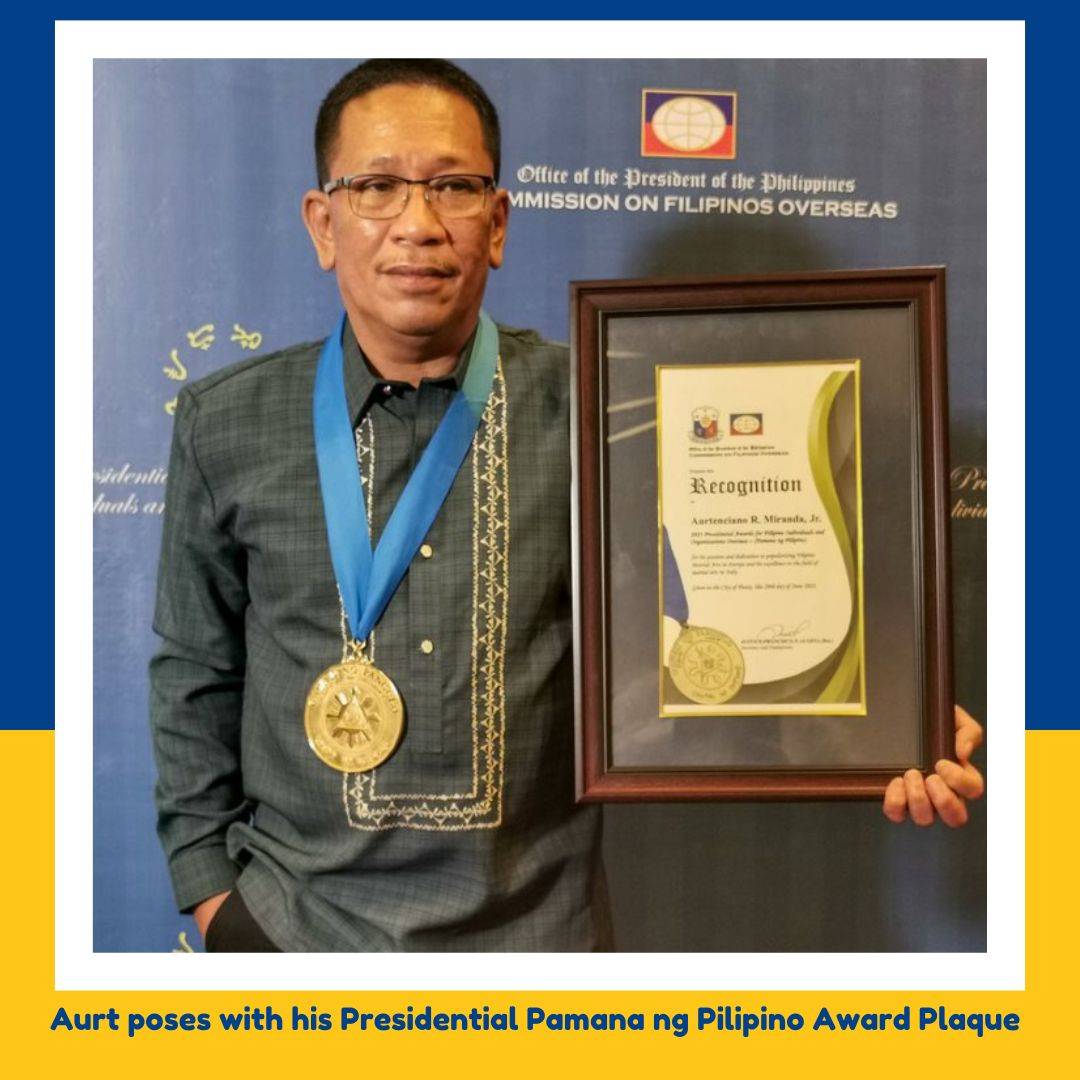 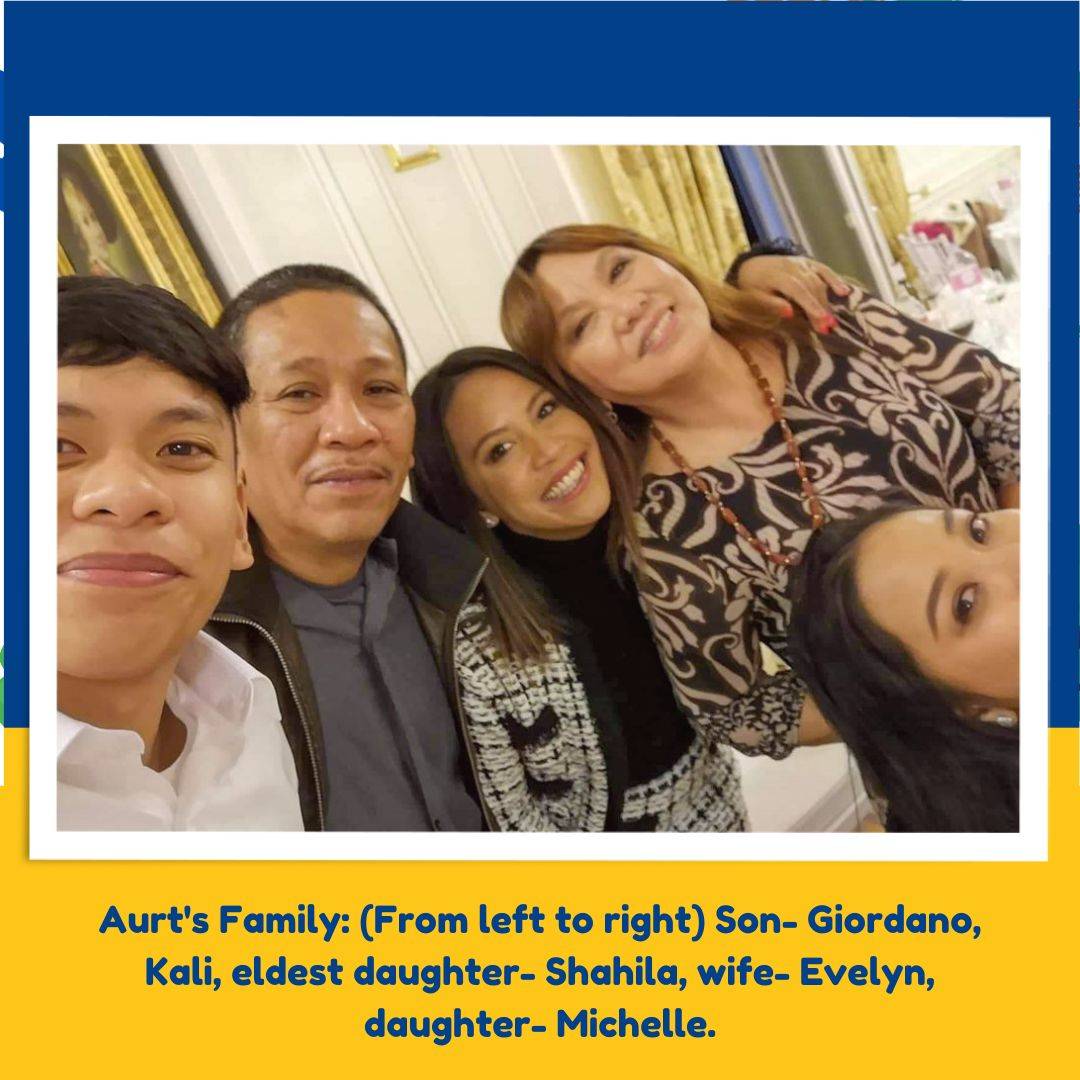 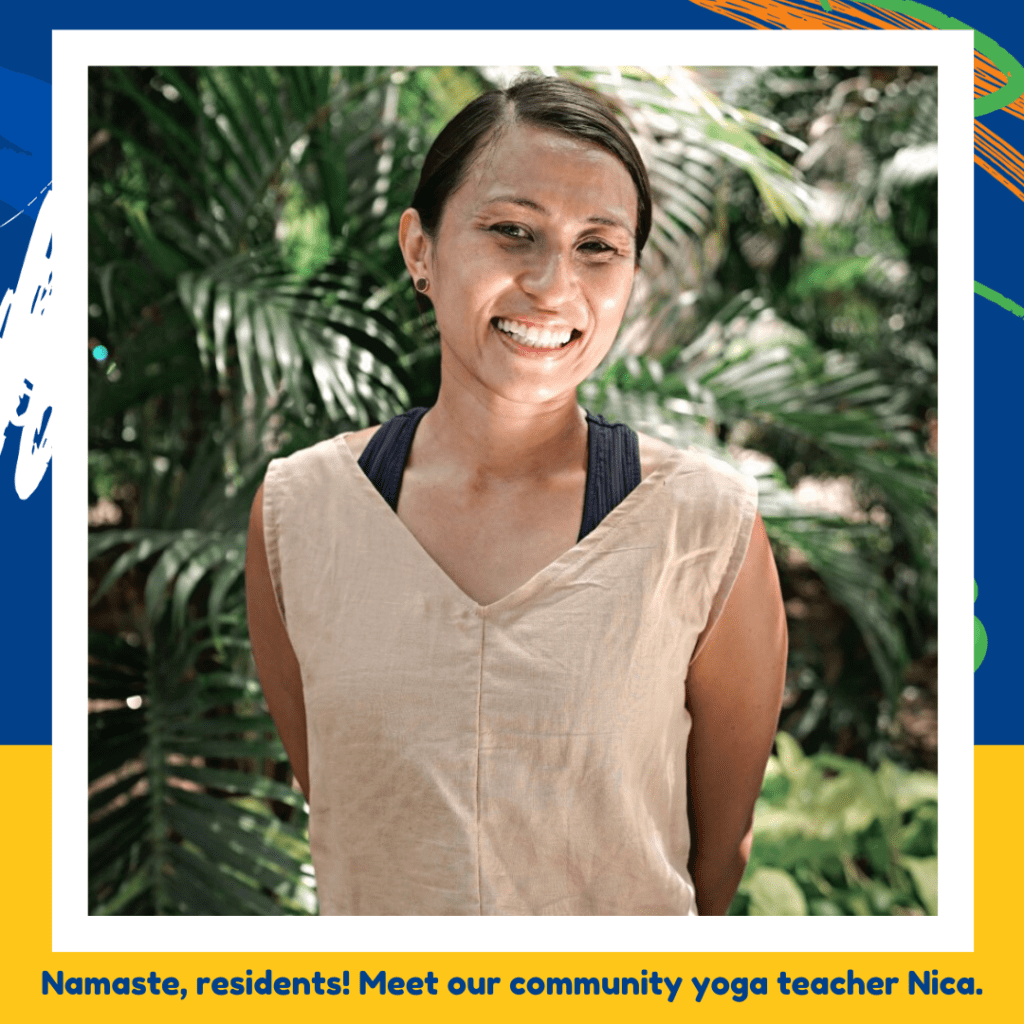 It’s one thing to enjoy a residential property’s peace and quiet, but it’s another thing to find inner peace. Meet Teacher Nica, our resident yoga teacher based in Acacia, helping students feel happier and healthier, one class at a time.  Teacher Nica has been teaching yoga to both adults and kids since 2012. She teaches […]

Discover Design Destinations at the Heart of Chino Roces 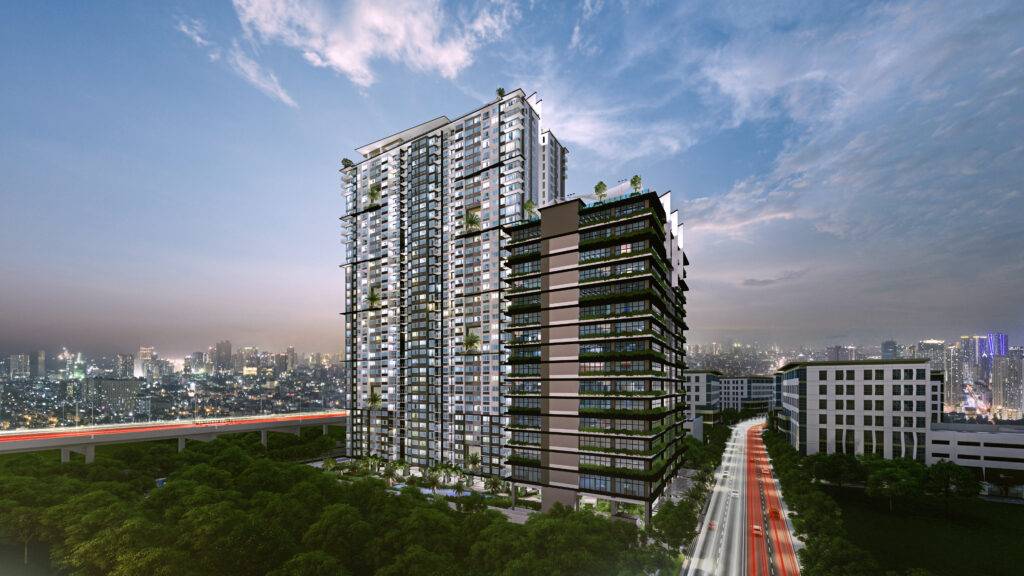 A thriving art and design scene has invigorated the stretch of Chino Roces. Once only known for its office buildings, commercial spaces and automotive showrooms, the bustling neighborhood has been attracting troves of design and art enthusiasts in recent years. This, in turn, has slowly and organically transformed the area into a legitimate creative hub, […] 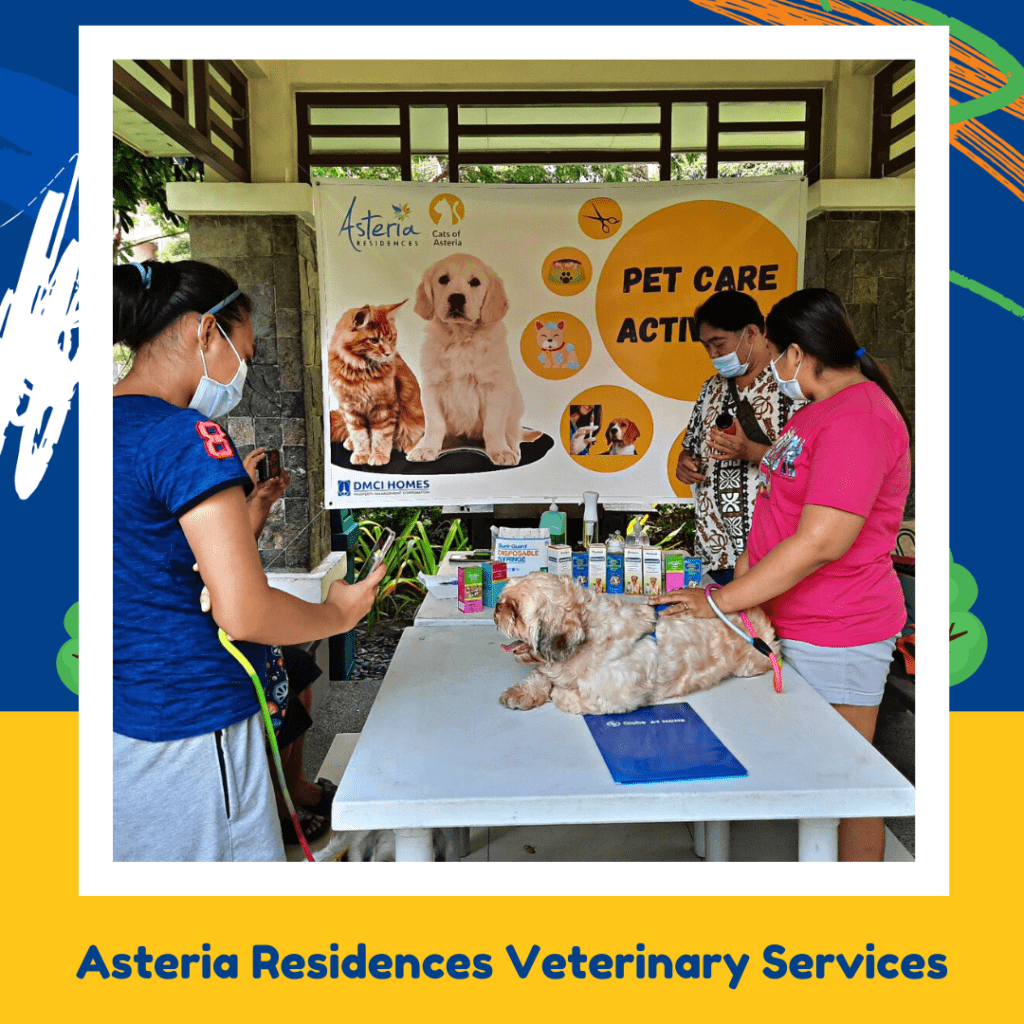