Children are often the usual suspects when it comes to mobile obsession. What parents don’t realize their mobile device use not only influences their children to do the same, but has multiple negative implications to family life.

We’ve all seen it: the entire family seated at the dinner table and ready to eat. However, instead of interacting with each other, mom and dad are glued to their smartphones and checking their emails.  Meanwhile, their kids’ attention are focused on their tablets, all too focused on winning that Angry Birds game. It’s a pretty common sight, yet there’s something quite not right with this picture. While it can be a way to kill boredom in your condo, one of the benefits of condo living is that it should bring the family closer together. In Filipino culture, a meal isn’t just a time for us to satiate our hunger but a way to bond with our loved ones. 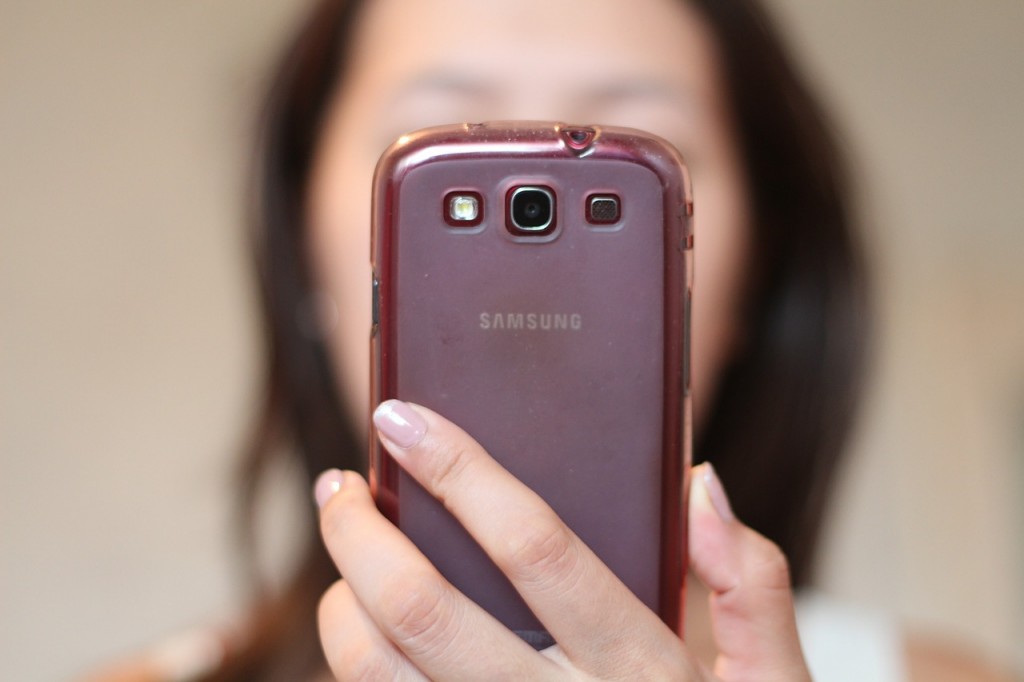 Photo Courtesy of bohed via Pixabay

With children being the resident digital natives of the family, this technology takeover is usually blamed on them. In turn, parents will often give their kids limitations on using gadgets. What they don’t realize is that they are actually the unlikely culprits of this mobile obsession. According to PopSugar, AGV’s recent global study found that 52% of children felt that their parents spent too much time on their devices. What’s even  sadder is that 32% of the kids asked said that their parents spend equal, or even less time with them than they do with their smartphones. While we all know that technology isn’t all bad and that there are both advantages and disadvantages of using mobile devices, not putting your phone down can do some serious damage to your children. Parents, here are 8 reasons why you should use your devices less. 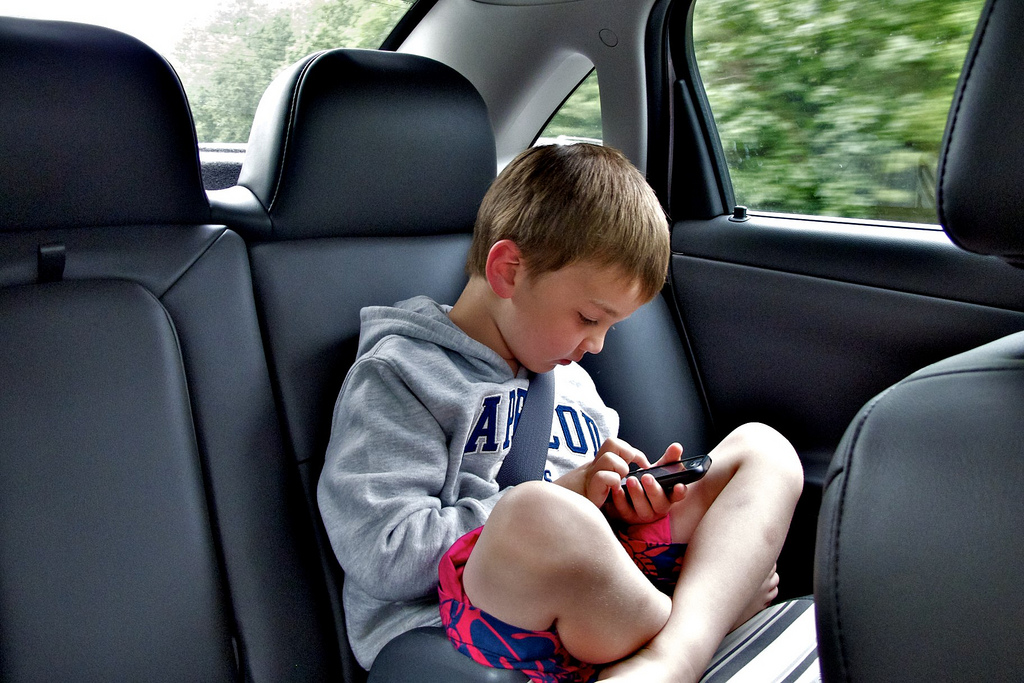 They say that a child’s parents are their first teachers. This may probably seem like a given, but it’s a good reminder for parents not to underestimate their influence over their kids, no matter what age they are. For younger children, what you do is formative. Using your smartphone during meals or in replacement for face-to-face interactions may be instilling habits that they will take with them as they grow older. For teenagers, they may use this as leverage for their own behavior. At the same time, condo living allows easy access to every member of the family, so watch out for what your child catches you doing.

Your phone is reducing your parental legitimacy

A Slate article says that, at times, it is acceptable to tell your children,  “Do as I say and not as I do.”  It’s only natural to want your children to learn from your mistakes. After all, parents can’t always be the perfect role models. However, the more often you do this, you face the danger of losing your legitimacy as an authoritative figure. Again, children look to their parents as an example, but once they see you breaking the very same rules you created, this diminishes your authority and your kids’ inclination to listen to you. What’s more worrying is that once your kids stop identifying you as their trusted source for good behavior, they become more open to other influences, those which you cannot control.

Forget  about sibling rivalry, kids are now competing with phones 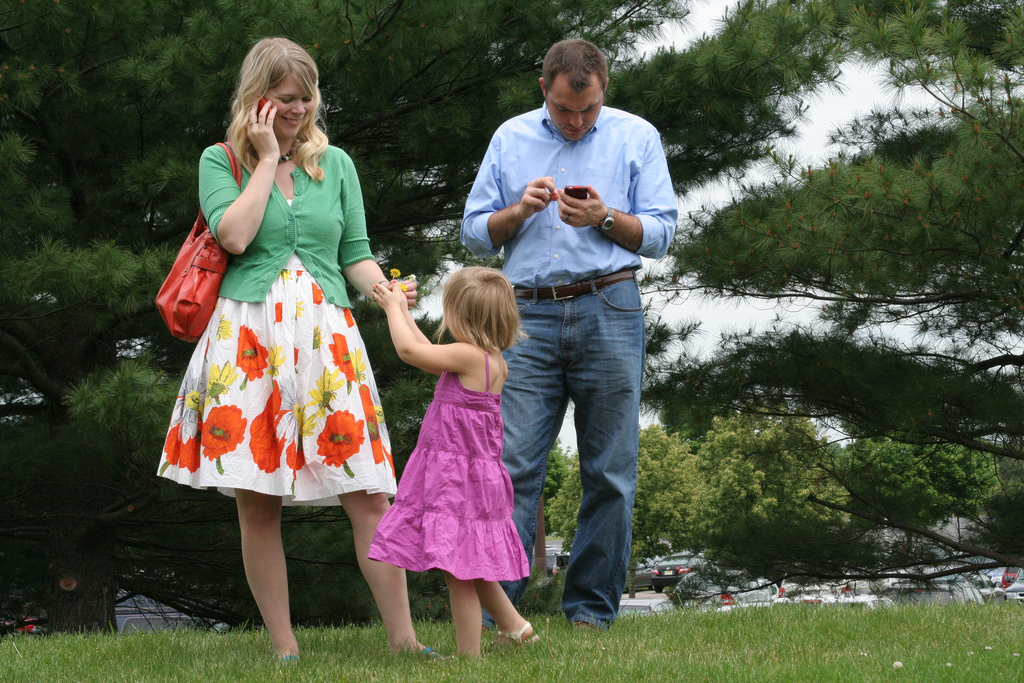 When we talk about competition in the family, the first thing that comes to mind is sibling rivalry. However, kids now have a new opposition when it comes to battling it out for their parents attention — your mobile device. Just like sibling rivalry, competing for your attention has several emotional Implications on your children. In an AVG study, when talking about their parents’ mobile device use, the adjectives that came up most were “angry, sad, frustrating, and lonely.” Worse than the feeling of neglect, it could also foster resentment in your child. 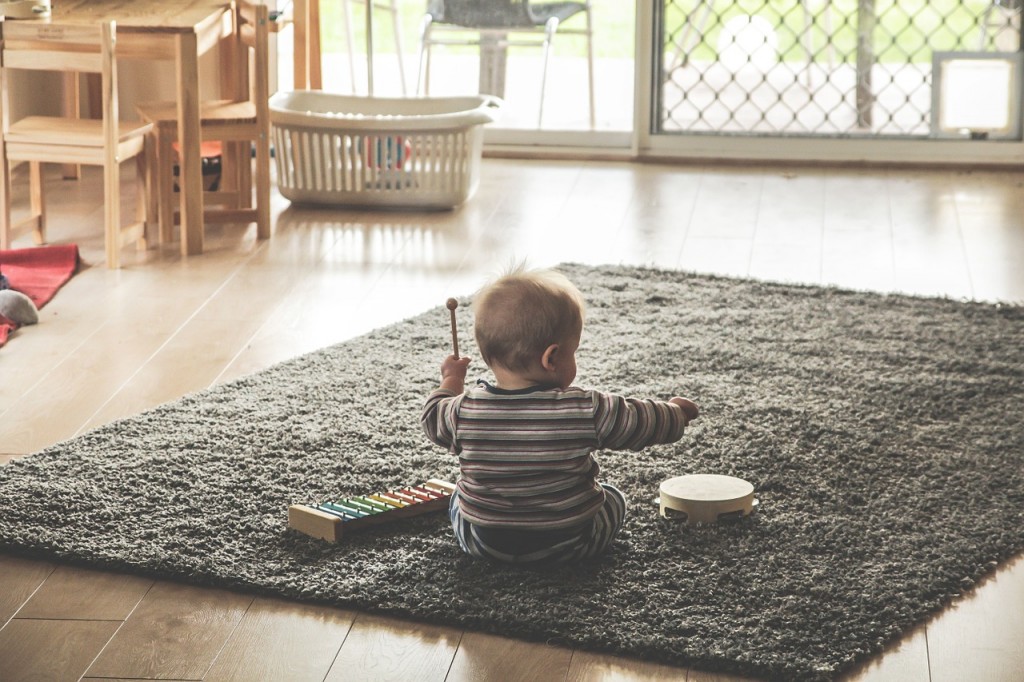 Photo Courtesy of danw via Pixabay

Since the rise of technology, a new parenting trend has emerged. Using gadgets to “babysit” your children has become increasingly prevalent, and it’s become commonplace for caregivers and mothers to  hand their crying toddler an iPad to pacify them. While this is usually viewed negatively, a CNN article says that this is just a natural progression that comes with technological advancement. However, looking at the big picture,  it’s probably better to parent your kids with mobile devices than to parent your kids while using mobile devices. While condo living makes it seem easy to keep an eye on your child at all times, if you’re too distracted by your phone, this may hamper your ability to properly supervise your kids. While this could come off as slight paranoia, what may seem like just a few moments of texting could be the one instance where your child eats something she’s allergic to, and you fail to notice.

At this point, we’ve listed a number of reasons why your mobile phone usage could be bad for your kids. However, it could also take a toll on your work-life balance. One of the main reasons parents stay hooked on their phones is because of work-related tasks such as checking e-mails and monitoring documents. In fact, a BIA report says that while women are more likely to report work as disruption of family life, it’s also increasing among men. Meanwhile, a Canadian study shows that 1 in 4 parents say that work hinders them from fulfilling their responsibilities at home. Beyond this, bringing home work means you may be working too many hours, causing higher levels of stress and anxiety, as well as increased probability of weight gain and health risks.

Your children may think they’re boring

In relation to work-life balance, your children may not understand the difference between the two. While as a parent and an employee, you understand that you’re simply attending to business but your kids most likely don’t see it that way. According to Boston Globe, Catherine Steiner-Adair, a clinical psychologist based in Chestnut Hill, says that while you’re multitasking e-mails and playtime with your children, the idea that they’re less interesting than whatever you’re doing on the phone can get into their heads. In fact, 32% of children feel unimportant when their parents are too absorbed by their smartphones. 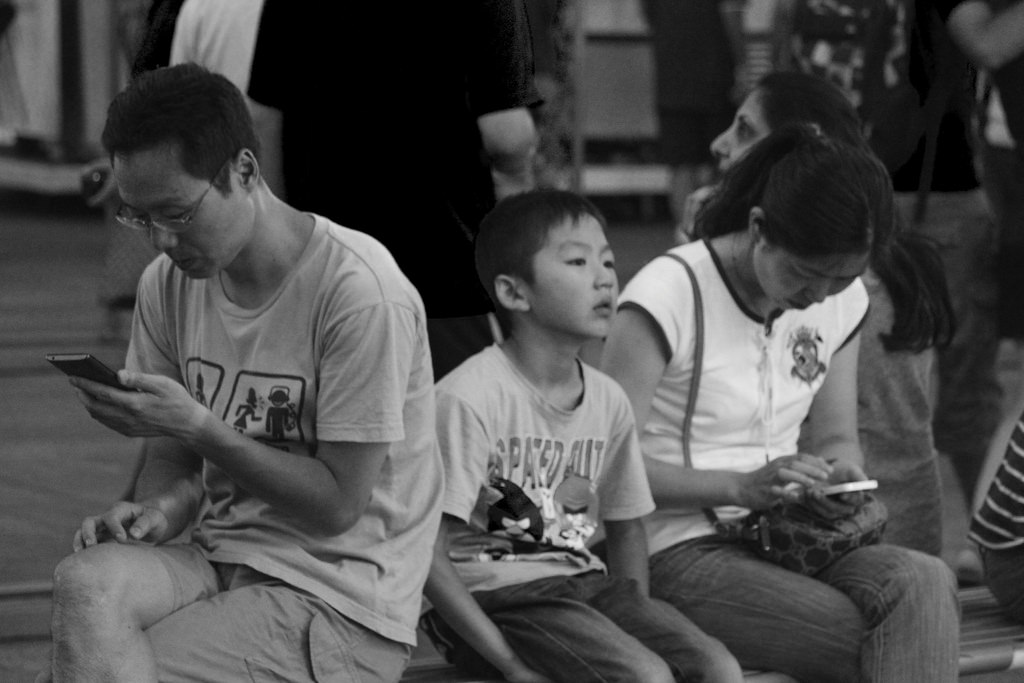 While there are plenty of activities to do with your family, mobile use shouldn’t be one of them. Similar to romantic relationships, families are also encouraged to try new activities to keep the “spark” alive. Though families have become accustomed to everyone being preoccupied on the phone, parents may be missing out on the nonverbal signals their kids are sending them. They could seem hooked to their phones, when really they’re anxious to do something new and much more fun.  In turn, if this is all your family does while you’re together, they may associate family time with boredom. Instead, why not have a change in media platforms? There are many positive effects of watching movies together, such as the improvement of a child’s communication skills and even increased intimacy among spouses.

Your kids actually want to spend time with you 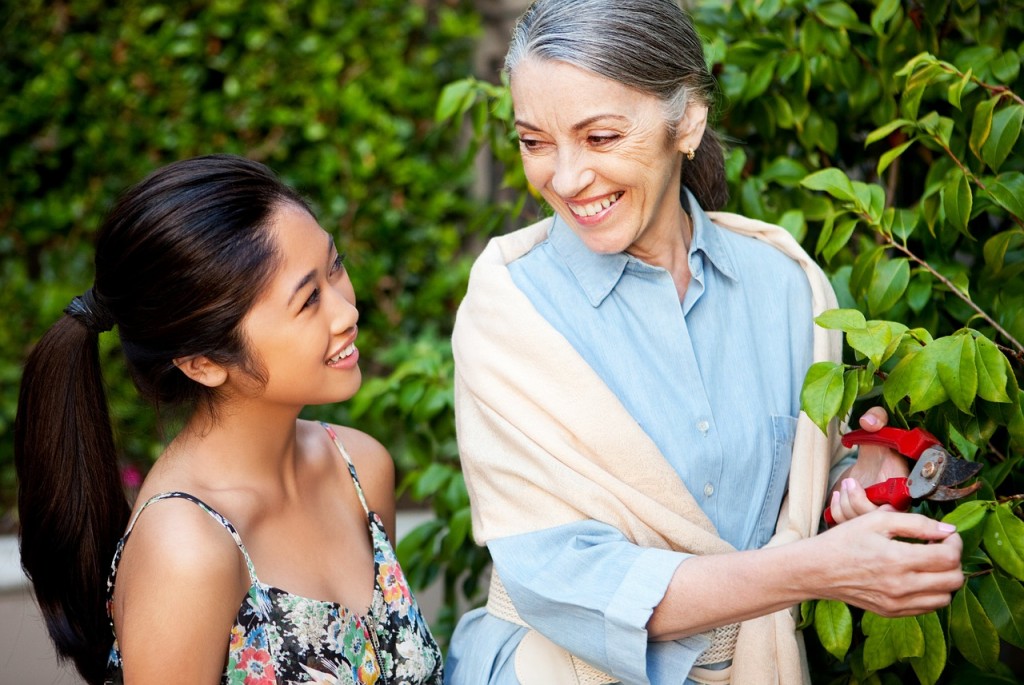 As children grow older, plenty of parents tend to think that their kids would rather spend time with their friends, whether it be offline or on social networks. Contrary to what you may think, your kids actually want to spend time with you. As published in Yahoo! News Canada, Start-Rite interviewed kids asking whether they prefer to play with their gadget or their family. The answer? While gadgets are a go-to when the weather is bad,  they would much rather play outside with their parents and siblings.

On an end note, finding a balance between mobile device usage and quality time spent with the family takes a conscious and continuous effort. After all, technology has become an integral part of our modern lives. It’s beneficial for school, out-of-classroom learning, and communicating. We just have to make sure it doesn’t overshadow our special moments. More than that, beyond setting guidelines for both parents and children in the household, these should be lived out within the community in the condominium as well. 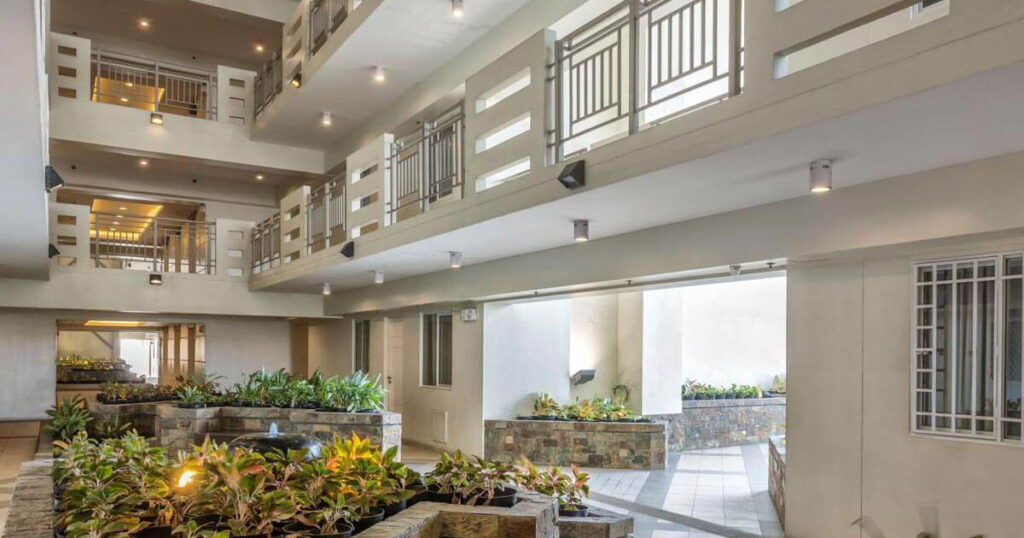